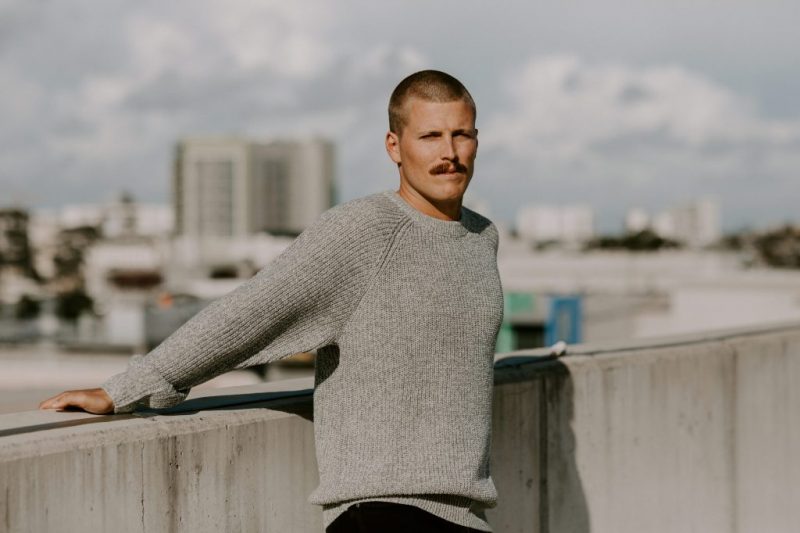 I’m very delighted to share this interview I did with established Australian singer-songwriter Ziggy Alberts. He just released a new EP called ‘SFF_Alts’ with alternative versions of songs from his album ‘Searching For Freedom’. He recently released a collection of poetry called “Brainwaves”; Ziggy radiates positive energy in everything he does, even through these interview answers, always delivering peaceful messages.

HELLO ZIGGY, GREAT TO HAVE YOU HERE. YOU RECENTLY RELEASED AN ALTERNATIVE VERSION OF ‘SEARCHING FOR FREEDOM’, TELL US MORE ABOUT THIS NEW RENDITION OF THE SONG.

The original version on the album was intended to incorporate almost all sonic elements of all the different songs on the record – this version strips things back and lets the ukulele do the ‘talking’. It’s folkier, and I love it!

HOW WAS RECORDING YOUR LAST ALBUM ‘SEARCHING FOR FREEDOM’ AND HOW DO YOU THINK IT DISTINGUISH ITSELF FROM YOUR OTHER RELEASES?

It has a new level of intricacy in bass lines and in production. It’s full of real instruments and recordings. I think it’s one of my most calm records so far!

YOU ALSO PUBLISHED AN HOMONYMOUS MAGAZINE, AN ODE TO YOUR LATEST ALBUM ‘SEARCHING FOR FREEDOM’, WHERE DID THE IDEA COME FROM? HOW DID THE PLACES AND EXPERIENCES SHOWED IN THE IMAGERY OF THIS COLLECTION INSPIRED YOU PERSONALLY?

I’ve always wanted to do a magazine with all the amazing photos that we collect from our adventure and studio time. It just made sense to do this as a celebration of the greater meaning of the album. Most of the places and people in this album have inspired many songs and made me feel peaceful.

APART FROM MUSIC, SURFING SEEMS TO BE A GREAT PART OF YOUR LIFE AS WELL. HOW DOES SURFING IMPACT ON YOUR MUSIC AND LYRICS?

The ocean has been very much a guiding light in my life – writing songs and spending time in the water are one and the same, they can’t really be separated in my life.

EARLIER THIS YEAR YOU ALSO PUBLISHED A COLLECTION OF POETRY CALLED ‘BRAINWAVES’. WHAT’S THE DIFFERENCE BETWEEN WRITING LYRICS FOR YOUR MUSIC AND WRITE POETRY AND WHAT INSPIRED THIS BOOK?

Poetry kind of wells up from within, usually after meditation … compared with lyrics, that are often written with a clear message in mind. This book was inspired by my inward journey. It’s been an amazing grassroots success so far and it’s been fun to start our own independent publishing house – Commonfolk Publishing- alongside our independent record label, Commonfolk Records.

There are very few places in the world I wouldn’t want to go back to. I’d love to go play a show in Budapest, Hungary. It is where my mother is from!

HOW DO YOU FIND THE FOLK SCENE IN AUSTRALIA AND WHAT ARE YOUR FAVOURITE NEW COMING ARTISTS FROM THERE?

There is such a strong folk scene. I’d like to shout out Tay Oskee – he’s got a great EP called Caught Up In The Wire everyone should check out. Another two to check out are The Dreggs and Alivan Blu!

WHAT DO YOU HAVE IN PLAN FOR THE REST OF THE YEAR?

Continuing to encourage unity amongst the people through shows, songs, poetry and day-to-day interaction.

I’d like to encourage all of us to continue celebrating each-others differences, instead of letting them divide us. In this time, fear is dividing us and I’d like to say I welcome you to come to be a part of the journey just as you are!–