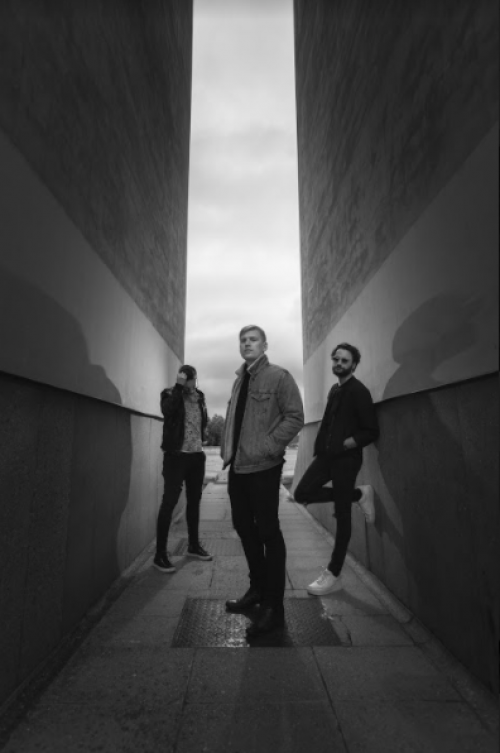 Wyfe is an indie rock band from the Czech Republic, who recently released a new single called Babylon featuring Czech singer Lenny. It was really interesting to dive into their influences and discover more about their background.

HELLO GUYS, CONGRATS ON YOUR NEW SINGLE ”BABYLON”, TELL US MORE ABOUT THIS SONG AND YOUR STORY SO FAR.

Thank you. This is one last single before our debut full album, we put a lot of effort into this song and also the video. Also it is our by far first and only song we have featured other artists on.

HOW WAS DOING A FEATURING WITH “LENNY” FOR THIS SINGLE, AND DO YOU PLAN ON DOING MORE FEATURINGS IN THE FUTURE?

It was fun as well as a great lesson of skill and craft. Lenny is such a professional, yet one of the most humble and inspiring artists around. We will see where the future leads us. Working with other artists is always inspiring and one gets to new approaches to writing, producing and recording. It is always refreshing and we hope to get to work with some interesting artists.

EARLIER THIS YEAR YOU ALSO RELEASED ANOTHER SINGLE CALLED “‘95”. WHAT’S THE STORY BEHIND THIS SINGLE INSTEAD?

This one was more of a happy song, it had a nice summer vibe to it. Even though the topic is also pretty melancholic. All our songs are pretty melancholic to be honest. But yet there is some hope in everything we do.

WHAT ARE THE ARTISTS AND GENRES THAT INFLUENCE YOUR MUSIC PROJECT AND SOUND THE MOST?

We have grown up listening to 2000’s indie bands such as Editors, White Lies, and the British guitar scene. I believe that that is what has defined our taste, writing and sound as well.

WHAT’S YOUR MAIN FONT OF INSPIRATION FOR YOUR MUSIC AND WHAT’S YOUR SONGWRITING APPROACH?

It’s everyday life to be honest. You have inspirational things around every second of your life. Our songs are snippets of our days, feelings and relationships.

HOW’S THE SCENE IN PRAGUE AND HOW DO YOU THINK IT RELATES TO MORE INTERNATIONAL MUSIC GENRES WITH ENGLISH LYRICS?

Well it is hard to be an english singing band in Czech Republic. Yet it feels more natural to us toi write music in this language. And Marek proved to write great lyrics in English, one of the best we’ve ever seen around. It’s not just a shallow “I love you, you hurt me” kind of thing.  So we believe that may help us also to reach fans in other parts of the world. In the end, music speaks the same language all around the world.

We are releasing a record on November 6 and we would like to also promote it with some live shows. We hope for the covid situation to stay at least as good as now so we can travel and tour a bit.

Enjoy our new single and do not forget to check out the beautiful video that Marek Jarkovsky, a very talented director, has brought to life.