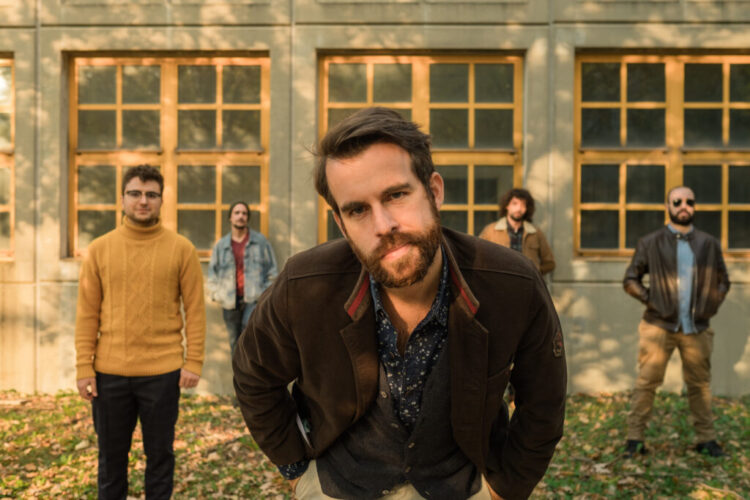 The band’s new single ‘In Your Arms’ is out now

The Ghibertins are an Alternative indie band from Italy, and we recently talked about the incredible story behind the single “20149 – Milano” and their upcoming concept album “The Life & Death of John Doe”.

HELLO GUYS, BEFORE YOUR LAST SINGLE ‘IN YOUR ARMS’ YOU RELEASED THE SINGLE  ‘20149 – MILANO’, TELL US MORE ABOUT THIS RELEASE AND YOUR STORY SO FAR.

Writing 20149-Milano was quite a challenge.

The song is a key track of the concept album and is an angry and disorienting descent towards abandonment.

The more I tried to describe this descent, the more I failed.

I ended up in a chasm, the same chasm in which I wanted to relegate the album’s main character

The writing of all the tracks proceeded incredibly well. For 20149, however, no.

Just looking at my notebook made me feel sick.

While the band was working on the album, I went on a solo trip to Guangzhou, China.

After a couple of weeks, I began to develop a certain sense of alienation.

It’s not easy to feel “special” in a city of 15 million people, in a reality where, without VPN, you are completely cut off from the outside world. One evening I’ve felt really small.

I took a piece of paper, a pen and rushed through the streets of Taojin.

Drink and drink again! This was the goal. Try to broaden this sense of unjustified sadness and wait…

In short, the most classic of the cliché: looking for the truth in the bottom of each glass; well in my case the inspiration.

Late at night, after yet another incomprehensible, but very convincing invitation to get the hell out from the bar,  I sat on a sidewalk with my piece of paper still blank.

It was evidently a very successful decision, given the curious and perplexed glances of passers-by.

I really had to be a show. This sentence turned on the light bulb.

“I must be quite a show”. On a dark sidewalk of Guanzhou, I was able to write the song in a few minutes.

THIS IS THE FIRST SINGLE YOU PUT OUT FROM THE UPCOMING ALBUM ‘THE LIFE AND DEATH OF JOHN DOE’, WHAT’S THE MAIN THEME AND CONCEPT BEHIND THIS RELEASE??

John Doe is a term used when the real name of a person is unknown or is being intentionally concealed. As much as we try to leave a legacy, a sign of our passage on earth, no one will remember us in 200 years. We are all passing through this world, we are all forgettable, we are all John Doe.

Nevertheless, the life of each of us is unique and worth telling.

The idea behind our album is that there is one song for every decade of the protagonist’s life; from his conception to his afterlife

WHAT IS THE STORY AND MEANING BEHIND THE NAME OF YOUR BAND?

We had our first gig 2 days after the first rehearsals.
We had to replace a band and we didn’t even have a name.
By that time we were rehearsing in Ghiberti Street in Milan.
The Ghibertins was a nice name that reminded a little bit of Italy with that touch of “internationality”.

WHAT ARE THE EMOTIONS YOU ARE WILLING TO TRIGGER WITH YOUR MUSIC?

We always look for an empathic connection with our audience.
Especially with the forthcoming album, every song will develop a precise emotion.

HOW DO YOU FIND THE INDIE MUSIC SCENE IN ITALY, AND HOW DO YOU THINK YOUR PROJECT FITS IN THIS?

We feel like Italy is still classified as a “local music scene” when it comes to English speaking countries. Italian Indie has lost its rage in order to be more commercial.
The result is a “prepackaged” sound that defined a musical standard that has been widely adopted in order to survive in the Italian music scene. The golden rule is that if you want to succeed you have to sing in Italian.

WHAT ARE YOUR FUTURE PLANS FOR THE REST OF 2021?

The plan is to figure out how an Italian band can play across Europe at the time of Covid-19. If we find the solution we’ll probably write a book and become billionaires.

In few days we are going to release our next single “IN YOUR ARMS”.
It’s a more folkish and positive song. Check it out if you have time