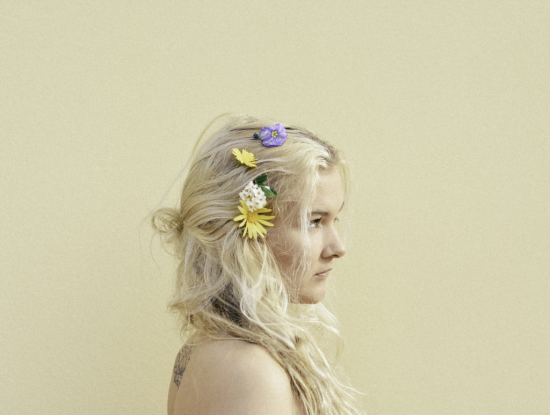 Tabea is a young and fresh singer-songwriter based in Portugal. We extensively talked about her approach to music and songwriting as well her new single Sugar Queen and what inspired it.

HELLO TABEA, GLAD TO HAVE YOU HERE. YOU RECENTLY PUT OUT A TUNE CALLED ‘SUGAR QUEEN’, TELL US MORE ABOUT THIS SONG.

Hey, thanks for having me 🙂 ‘Sugar Queen’ is a song that celebrates the female, in all its forms. This unbreakable, powerful energy that is so loving and warm at the same time, makes me feel humbled every time that I’m in its presence – so the song is really just a big bow to those Queens 🙂

‘SUGAR QUEEN’ IS AN HOMAGE TO WOMEN. WHAT ARE THE WOMEN THAT INSPIRED YOU THE MOST MUSICALLY?

I feel like the image of a poet, or just an artist in general, is still pretty male in most people’s minds. When it comes to women in music, I feel like they are more often portrayed as just someone with a pretty voice, rather than an artist. That’s why I love female musicians that really represent this “artist-image”, just through their exceptional work. For me, some examples of this are Fiona Apple or Joni Mitchell, but also lesser-known artists like Fior Parie or Naomi and the RDC. For “Sugar Queen” specifically, I was however more inspired by the women in my everyday life. I felt like they deserved some serious praise 🙂

EARLIER THIS YEAR YOU ALSO RELEASED AN EP CALLED ‘BETTER DAZE’. WHAT’S THE STORY BEHIND THIS RELEASE AND WHAT ARE THE ARTISTS THAT INFLUENCED IT THE MOST?

“Better Daze” was my first ever release. It’s a little 3-Song-EP that I recorded earlier this year in my home. I recorded it during the pandemic, and this was almost a therapeutic experience for me. I wrote all the songs on “Better Daze” in an attempt to find inner peace, and simultaneously questioning, if peace can, or even should, be found right now. It’s sort of a document of the optimistic, but somehow confused state of mind that I had been in for the past months. Since it really deals almost purely with my own emotions, there was not a lot of artists who inspired me for that EP specifically.

HOW DID YOU FIND RECORDING EVERYTHING BY YOURSELF IN YOUR HOME STUDIO?
It’s always an emotional rollercoaster-ride for me to record at home. I love experimenting around, and being able to spend as much or as little time on a song as I’d like to, but sometimes it can get challenging as well. I think, slowly, I am figuring out more and more about the technical side of things, and I’m sure that, with some more experience, I can save myself from a lot of headaches in the future. That means I have to make those experiences and mistakes first, though 😀

It’s actually really cool! Especially, the South, where I currently live, has this laid back, sunny vibe to it, that I find really inspiring for my type of music. Also, people are so benevolent and friendly, that it takes a lot of anxiety out of the process of starting out as a new artist. It’s also quite a touristic spot, and actually pretty international, too. I think the response to English or Portuguese music can be equally positive, but it might just reach a different part of the audience.

I’m actually in the process of recording my second EP at the moment 🙂 I’m hoping to release it in fall this year. It will be another 3 or 4 song release – this time evolving all around the subject of love.

Just thanks for listening in! It means the world to me when my music actually reaches another person 🙂