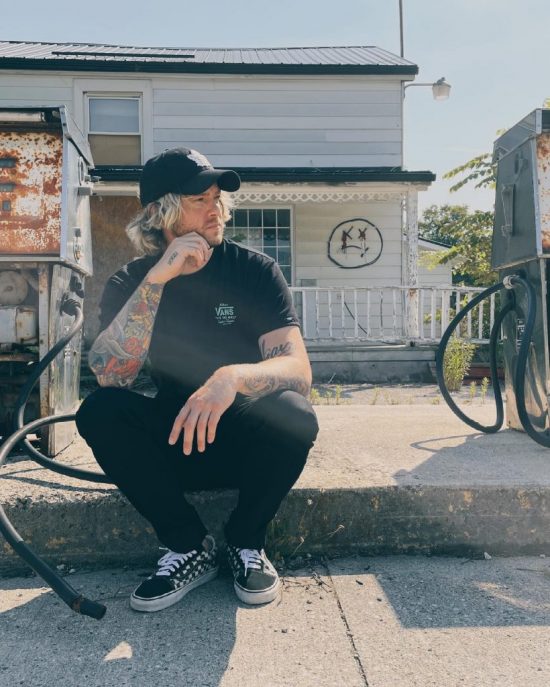 Luxe is a  musician and producer originally from Canada Toronto. I chatted with him about his music inspirations, and some background about his latest tunes LA girls and Toxic. Luxe blends perfectly multiple genres from pop-punk to rap creating a genre on his own. Below you can dive into all of this.

HELLO LUXE, YOU RECENTLY RELEASED A NEW SINGLE CALLED ‘LA GIRLS’, TELL US MORE ABOUT THIS RELEASE AND YOUR STORY SO FAR.

I’d be lying if I didn’t write this song partially about the show “the O.C.” haha. I wrote “LA girls” originally when I was living in West Hollywood. This song, and the entire album for the most part, follows this theme of an on again, off again relationships and the toxicity that can arise from it.  We shot a video with my buddy Jordan Lehman (incredible videographer) that kind of captures this, where you try so hard to get over someone you know is no good for you, but you keep slipping back to them and you can’t quite move on.

PREVIOUSLY THIS YEAR YOU ALSO RELEASED ANOTHER SINGLE CALLED TOXIC. WHAT’S THE STORY BEHIND THIS SINGLE?

Toxic was the second single off my forthcoming project called “get over yourself”. I wrote the song with my brother Nick earlier this year. I wanted to make a song that had a 2000s vibe to it. Something you would see in a cheesy teen movie like American Pie, but still felt modern in today’s scene.

WHAT WAS THE THING THAT INSPIRED YOU TO BE A MUSICIAN AND PRODUCER AND WHAT’S YOUR SONGWRITING APPROACH?

I always knew I wanted to be a musician growing up and listening to music by bands like The Beach Boys or Led Zeppelin. I grew up playing in punk bands, but artists like J. Dilla and Kanye really got me into producing and beat making. The music I’m making now is kind of the combination of my love for both hip hop and punk.

As far as songwriting goes, I typically build songs around vocal melodies I have stuck in my head. I have this terrible habit of never writing anything down, so I think of the lyrics and try to fit them to the melodies in my head. If I forget them, I figure it wasn’t that good anyways because it wasn’t memorable haha. By the time I link up with my brother Nick or my keys player Jake, I typically know what the song is about and what the vocals are doing for verse/chorus. I then play the bass/drums on the record, adding guitar and keys after that compliment the song. Its a super bizarre way of writing but its worked for us so far!

THE POP-PUNK SCENE HAD A GREAT IMPACT ON YOUR MUSIC AND SOUND. WHAT ARE THE BANDS THAT INFLUENCED YOU THE MOST AND YOUR FAVORITE NEW POP-PUNK ARTISTS?

Definitely! Growing up I was heavily influenced by bands like New Found Glory, The Starting Line, Blink 182, Motion City Soundtrack, Taking Back Sunday. Currently I’m really into Turnstile and Grayscale.

THE FIRST TRACKS YOU RELEASED WERE MORE FOCUSED ON THE RAP GENRE. WHAT MADE YOU CHANGE YOUR SOUND THROUGHOUT THE YEARS AND HOW DOES RAP INSPIRE YOUR MUSIC?

I love producing and making rap music but as I started working on my next album, I didn’t feel like anything I was making felt right. I was making these same formulaic hip hop tracks that everyone had already heard from us before. I wanted to start experimenting and combining the music I grew up with with the music I was touring on. I was less focused on “genre” and more interested in just having fun and making the music I wanted to play live. “LA girls” was actually the first song I finished for this project, so I’m excited to have it out and see people enjoying it.

HOW’S THE MUSIC SCENE IN TORONTO AND WHAT ARE YOUR FAVORITE BANDS FROM CANADA?

The music scene is great in Toronto. There are always local shows going on and the city seems to be one of the few spots international bands hit. We have so many great bands here, but my faves are probably The Barenaked Ladies, PUP, The Dirty Nil, Marianas Trench, The Tragically Hip, Alexisonfire and Sum 41.

I actually have a single that comes out today called “common ground”. The song is mostly acoustic, which is a first for me. After that, we’ll be working on releasing my project “get over yourself” later this year and then hopefully touring once the world is back to normal!