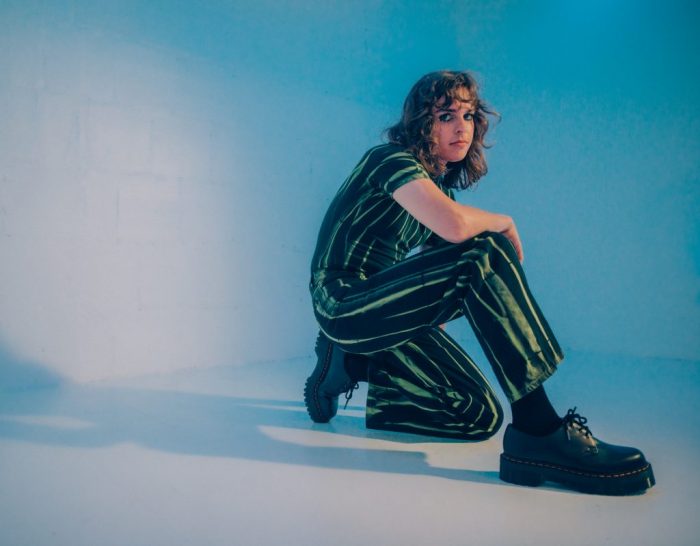 Recently I chatted with Spencer Fort AKA Mothé about his EP “Summer’s Almost Gone”, a release that came out from the pandemic. The artist has now a new single called “Ignore Me” go check it out.

HELLO MOTHE’, YOU RECENTLY RELEASED A NEW EP CALLED ‘SUMMER’S ALMOST GONE’, TELL US MORE ABOUT YOUR EP AND YOUR STORY UP UNTIL NOW.
Thanks for having me!  The Summer’s Almost Gone EP is a collection of songs from the pandemic believe it or not.  A couple of those were just recorded in my friend’s garage and some were done over at Sonic Ranch, but over the course of a year locked in we wound up making an album kind of on accident.  So I’ve slowly been releasing songs from that collection and seeing how they went.  I’ve been really surprised with the feedback.  The project is only a year old and ever since Debt Collector came out it’s been quite a fun ride
PREVIOUSLY FROM MOTHE’ YOU HAD ANOTHER PROJECT CALLED MOTH WINGS. HOW DID YOU FEEL EXPRESSING YOURSELF IN A NEW PROJECT, AND HOW WAS IT FOR YOU TO START A MUSIC ENDEAVOUR FROM SCRATCH AGAIN?
Ah yes Moth Wings was fun.  I think we did that for somewhere around 5 years.  It was such a fun spot to learn in, all of the weirdest and best shows and meeting funny characters.  At some point we went too long without releasing anything new and I think we became complacent in the project.  It was really hard to move on and continue to push forward.  Once I moved out to Los Angeles I noticed the style and the intention changing in a really significant way and I was excited at the opportunity to start fresh.  The expression felt limitless for the first time and it was important to cut ties with the old sound in order to progress as an artist.
HAS YOUR SONGWRITING APPROACH CHANGED BETWEEN THESE TWO PROJECTS?

Immensely.  Between Moth Wings and Mothé I spent time in studios working with other artists and I was taught a ton about producing and sound design through those experiences.  When I was writing for Moth Wings it was a lot more about getting in the room and jamming on some guitars until something cool came out, but as I moved into Mothé I had a deeper understanding of how far you could go with frequency arrangement.  I’m still learning and stretching that muscle everyday, but it has inspired me to push myself a lot farther than I was ever willing to with my old project and has influenced the writing almost entirely.

WHAT ARE THE MAIN MUSICAL INSPIRATIONS AND GENERAL INFLUENCES BEHIND MOTHE’?

When I first came out to LA I was attempting to merge the sounds of LCD Soundsystem and The Cure.  I’m not certain I was too successful at it to be honest, there’s a certain instinct that I haven’t been able to dissect or turn off.  Each song has a variety of influences but I’ve always attempted to expand on the analog sound that was once more popular.  I mostly try to rely on organic instruments and sounds but use them in a way that replicates the modern software synths of today, I think it’s been the most helpful way to attempt pushing an older sound.

YOU DID A MUSIC VIDEO FOR “SUMMER’S ALMOST GONE” ONE OF THE SONGS FROM YOUR LAST EP. WHAT’S YOUR RELATIONSHIP WITH THE SUMMER, AND HOW DOES A SUNFLOWER TASTE?

I’m pretty fine with the summer.  I’m a bit of a grump, I hate the summer because it’s hot, I hate the winter because it’s cold and dark.  There isn’t a great season in my opinion, but in Houston where I grew up the summers were always absolutely brutal.  My current place doesn’t have AC so I find them just a bit uncomfortable.  A sunflower tastes good though.  When we shot that music video we were in Phoenix and it was morbidly hot.  Derek the director kept me out there for 12 hours so anything was going to taste cool and refreshing in that heat.  Long story short though, a sunflower tastes like absolutely nothing.

LOS ANGELES IS A CITY FULL OF MUSIC SCENES AND NEW GENRES ARE CONSTANTLY THRIVING THERE. WHERE DO YOU THINK THE MUSIC UNDERGROUND SCENE IS HEADING THE MOST IN LA?

I haven’t spent enough time here to really know.  I’ve lived here 2 years, most of which were in the pandemic, so I haven’t seen many shows or found too much of a pocket.  In general I do think heavier music is about to make a comeback.  Everyone is feeling really on edge lately and when I see new bands like Idles and Militarie Gun coming out I firmly believe that’s the next wave.  It’s a type of aggression we’re all really going to relate to at this moment and I think people who would normally be turned off by harsh vocals may find some peace in it.  I’ve always loved heavier music but this new wave of bands is really cool.  I’m hoping that the heavier punk stuff is followed by more rock music, but we have to make sure it isn’t boring.  The guitar shit is really played out.  The synth shit is really played out too, we’re going to have to think a little harder.

WHAT ARE YOUR PLANS FOR THE REST OF 2021 AND THE NEXT YEAR TO COME?

2021 is coming to a close already, it feels like I blinked and missed it.  I’m spending the rest of the year on a tour and then I suppose I’ll have Christmas with my family.  But I’ve been working a lot lately.  There’s a whole new collection of songs being made right now and as soon as I’m home in 2022 those are going to become a priority for me.  I hope to play many shows though.  It feels long overdue

No, just take care of yourselves.-