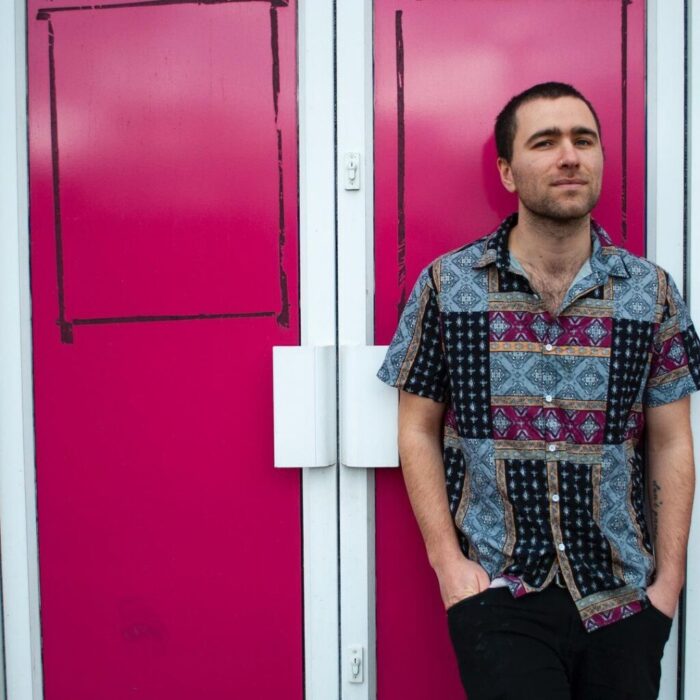 The artist’s new single ‘Nothing New’ is out now

Morning Crush is a solo project created by Tim Ostrowsky-Thomas. He’s a singer-songwriter based in the UK, and he released several singles throughout the last months, including one produced by Frank Turner. I had a great time interviewing him and know more about his project, influences and busking experiences.

HELLO TIM, CONGRATULATION ON YOUR LAST RELEASE ‘NOTHING NEW’, TELL US MORE ABOUT THIS SINGLE AND YOUR STORY SO FAR.

Hello, thanks very much. It’s a song I wrote about escaping and walking forever. It was entirely inspired by the youtuber Geowizard. So much so that I would even say it’s a concept song about one of his videos (the one where he attempted to walk across wales in a straight line).

Story so far? I launched Morning Crush in November 2020. I started working on tracks about a year prior to that with Chris Hope who I met working at a Circa Waves gig. He was the guitar tech and I was the venue rep. We got chatting about Death Cab and I ended up going up to his studio, Milkshed Studios. Since then it’s been lots of writing with my wonderful band and back and forths with Chris on various tracks, who regularly works as my producer and engineer, though not on every track, as you know.

FRANK TURNER ARRANGED AND PRODUCED YOUR PREVIOUS SINGLE ‘TIGHTROPE DANCE’ WITH YOU, HOW WAS YOUR EXPERIENCE WITH HIM AND HOW DID YOUR COLLABORATION START?

Frank is great dude and lovely to work with – the version we released was the first thing he sent back to me. Which is quite rare. I remember trying to find things I didn’t like about it because I felt silly releasing the first version of something. But it really was, just great.

I wrote that song and I was always happy with the lyrics and the overall vibe, but I couldn’t make it work in the studio. I had tried many different approaches and it always felt incomplete. It was frustrating because I knew it was a good song. I had pretty much given up. I know frank from various gigs over the years and we had lunch one day before lockdown and I mentioned the song to him. We agreed for him to have a pop at it. I just sent him the bare chords and words and what you’re hearing now is the first mix he sent back. He really is great at what he does.

WHEN DID YOU FIRST START PLAYING GUITAR AND WHAT INSPIRED YOU TO START BEING A SINGER-SONGWRITER?

I started playing guitar when I was 11 or so. I think when I first started getting into folk and punk when I was about 15 or 16 was when I really knew what I wanted to do with my life. I am, and always have been, utterly obsessed with songs. Even in my darkest moments, there has never been a time in my life when I’ve been apathetic about how magical I find songwriting. Hopefully one day I can do it full time.

LAST YEAR YOU RELEASED A SONG CALLED ‘BACK IN LONDON’, HOW DOES THIS CITY INFLUENCE YOUR SONGWRITING?

I have a few songs coming up where I reference living in London. Which is funny, because a lot of REAL Londoners would call me a fraudster. I’m actually from Kingston Upon Thames, which is greater London. And I don’t really spend that much time in central nowa-days.

That song in particular was more about a time in my life where I stopped touring for a bit and less about London as a city. But, I do find inspiration in city life, just not the nice parts. It’s the weird things you don’t see in smaller village towns that make me want to write. The meaningless bus stop fight, the vagabond dancing in front of a busker until he passes out, things like that I guess.

YOU ALSO HAVE EXPERIENCE BUSKING AROUND UK, WHAT HAS BEEN YOUR EXPERIENCE SO FAR AND YOUR FAVORITE SPOTS?

I have lots of favourite spots, they’re normally the places where no one goes. I don’t enjoy busking in towns with 5 buskers within 100 yards of each other. I don’t know if that makes me an arsehole, maybe it does, but I find it disheartening and distracting. I’m always going to the less metropolitan places, I find people appreciate it more.

WHAT ARE YOUR FAVORITE ACTS IN THE UK, AND WHAT DO YOU THINK ABOUT THE ACTUAL FOLK SCENE?

I have so many favourite acts in the UK, (just quickly looking at my spotify); ST Manville, Billie Marten, Will Varley, LA Salami. I seem to listen to them a lot.

I’ll be honest, I launched this project in the middle of a pandemic, and the years before that where I was active and touring, feels like a lifetime ago, I was also unwell, a lot of it feels very blurry.  SO, in short, I don’t know. I have played one socially distanced gig as Morning Crush and one gig with Sean Mcgowan before I really launched the project, and they were great. Hopefully I’ll find out more about the Folk Scene when I can gig again!

WHAT ARE YOUR FUTURE PLANS FOR THE NEXT MONTH?

Big plans for the next release, I’m hoping to finally release something beyond a single. I’m scared to release an album just yet, but I’m going to do something. Keep an eye out. At the moment, it’s just more studio time and endless, endless, emails.

Thanks loads for this. Have a wonderful day. Tim x