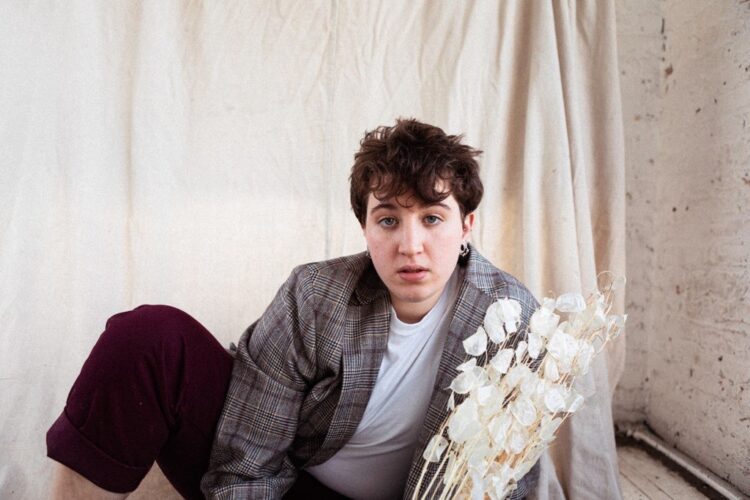 The artist’s single ‘Snow’ is out now

I recently had a wonderful chat with talented singer-songwriter Mae Krell. We talked about her single ‘Snow’, her honest songwriting approach, past photographer experience in NY and much more.

HELLO MAE, CONGRATS ON YOUR LAST SINGLE ‘SNOW’. TELL US MORE ABOUT THIS LAST TUNE AND YOUR STORY UP UNTIL NOW.

Hi! Thanks so much for having me!

“snow” is the first song that I worked on during the pandemic. We did the production remotely and then I cut the vocals in a socially distanced way, so it was super interesting and new; at least at the time.

I’ve been releasing singles every couple months since the beginning of 2020, and am still continuing to do so! “snow” is my second single of 2021, and I have another that is releasing on the 25th of this month called “colorblind”.

YOUR LYRICS ON ‘SNOW’ ARE PRETTY HONEST AND STRAIGHTFORWARD AND TALK ABOUT YOUR OWN FEARS AND DOUBTS. HOW DO YOU APPROACH TO YOUR SONG WRITING AND HOW DO YOU FEEL WHEN YOU POUR ALL YOUR SENTIMENT INTO THE LYRICS?

I feel like in a way I’m writing songs all the time. I write down ideas and little one liners in my phone constantly. When I sat down to write snow, the line that I chose to start from was “am i scared to be alone? Or am I scared of being loved?”, which comes in at the bridge. It really just flowed easily from there and I had finished writing all the lyrics within like, ten minutes.

Songwriting is a way for me to figure out feelings, or just get them out of my brain for a moment. It’s very natural for me to be very open and honest in music, but doing that is also kind of terrifying.

LATELY THESE YEARS WE HAD AN AMAZING WAVE OF TALENTED FEMALE SINGER-SONGWRITERS IN THE INDIE-FOLK SCENE. WHAT ARE YOUR FAVOURITES AND THE ONES YOU THINK PEOPLE SHOULD DEFINITELY KNOW ABOUT?

IN HIGH SCHOOL YOU STARTED DOING PHOTOGRAPHS AT LIVE SHOWS FOR ROLLING STONE AND SONY RCA. HOW WAS THIS EXPERIENCE FOR YOU, AND HOW DID IT INFLUENCE YOUR OWN MUSIC PROJECT?

It was definitely an interesting way to get into the music industry, especially because I was so young and at the time consistently the only woman/younger person in the photo pit at gigs. When I started, I already knew I wanted to make music; I’ve known since I was fourteen, but I was terrified of the idea. Of not being good enough, or talented enough, or driven enough, and quite frankly everything else that came with making music as well. The more time I spent working live shows, touring with bands, etc, the more I realized that I won’t be truly happy until I at least try to write and perform my own music- so here I am!

IT’S BEEN A WHILE SINCE YOUR FIRST TWO SINGLES ‘MONSTERS’ AND ‘SCARS’ CAME OUT. HOW DO YOU FEEL LOOKING BACK AT THEM?

It’s definitely very odd to look back at. I was younger, struggling more with my mental health, significantly less hopeful and didn’t quite believe things were ever going to get better. The songs I put out when I was younger that were more positive almost feel fake, because I know now that I didn’t truly believe that when the song was written. I was also more impressionable. I think that if i were to go back now and re-record them, they’d sound pretty different. Growing up as a musician means coming into your skin, or at least it does for me. I’m confident in what I put out now. Sure, I’m still nervous, but If I don’t love a track, I pull it. I would’ve never done that before.

HOW DO YOU FIND THE MUSIC SCENE IN NEW YORK AND WHAT ARE YOUR FAVORITE ARTISTS FROM NEW YORK IN GENERAL?

The music scene in New York is very odd once you’re out of high school, since it’s rare to find true local musicians, most people are transplants. So in a way, the scene feels like a melting pot of singers and songwriters from other states who made it out and came here.

I really love Laundry Day, Simone, Chloe Lilac, Samia, etc. All of them grew up in New York City and started making music and playing shows while in High school here, which I think is the best representation of the local scene.

WHAT ARE YOUR PLANS FOR THE UPCOMING MONTHS?

I have a new single releasing on the 25th called colorblind which i’m super stoked about!

I’ve been recording and writing a lot, working with Jakob Leventhal who is ridiculously talented and super kind. The plan is to get a new track out every 6-8 weeks!

Thanks so much again for having me!