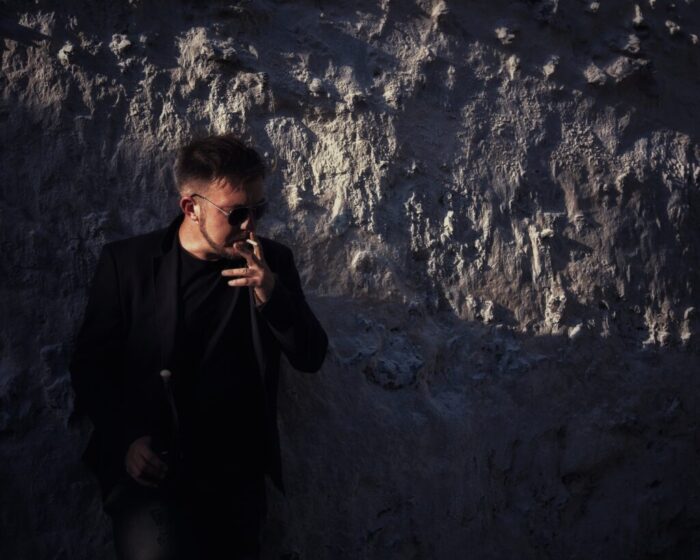 The artist’s new EP ‘Walking The Hedgehog’ is out now

The new solo project from Lewca is extremely eclectic. He’s an indie artist based in France and together we share some thoughts about his release, the french punk scene, and how personal life inspires his music.

HI LEWCA, CONGRATS ON YOUR LATEST RELEASE ‘WALKING THE HEDGEHOG’. TELL US MORE ABOUT YOUR STORY UP UNTIL NOW.

Thanks, I guess like everyone else the pandemic took me a little off guard, I was actually planning on focusing on gigs, I have been in a few bands before this project and was lucky enough to be able to play at some pretty awesome venues in France, and the focus for me has always been the thrill of a live show. Work in the studio always used to be a bit of a drag to be honest… I have come to appreciate that part of the process so much more over the last two years. Starting a “solo” project was never really a project of mine, I like the band mentality, but when the second band in a row imploded because of family commitments and work obligations, I figured going it alone was probably the only way to continue making music on a regular basis… I’m very glad I made that decision and actually work with more musicians now on each new track than I ever did in a band… It’s funny how things pan out sometimes.

IT IS A LONG RIDE FROM BRIXTON TO FRANCE, WHY DID YOU DECIDE TO MOVE TO SUCH A DIFFERENT COUNTRY AND HOW IS THIS INFLUENCING YOUR MUSIC?

To be fair, I’ve been moving around most my life, I was born in Brixton, then when I was eleven we moved to France, I left home at 15 then after living on an island on the atlantic coast and in a squat in Paris I moved back to london at 19 to study fine art, Brixton was way too expensive by then, so I lived in hackney for 4-5 years… After a while, I just realized France suits me better, without wanting to get into stereotypes, the French do tend to be pretty argumentative, and that suits my character pretty well (Plus I married a french girl, which helps I guess). Music wise the greatest influence would be the french punk scene from the late 80’s early 90’s

Bands like Mano Negra, Les Berruriers Noirs, Les Wampas, Ludvig Von 88… There was a lot of genre bending & humor in that scene and it definitely shaped my vision of punk rock. And Jacques Brel is awesome obviously.

HOW DID YOUR EXPERIENCE DABBLING IN MOVIES IMPACTED ON YOUR VOCAL PERFORMANCE STYLE?

It’s definitely impacted my approach to soundscaping and genre bending especially on choruses, I often try to make the chorus sound like a feat or a sample,, also I do a lot of soundbytes that I record like one would for a film, I basically make my own movie samples 🙂

WHAT’S THE SONG THE BEST DESCRIBES YOUR UNIQUE SOUND; THE FIRST SONG THAT YOU’LL SEND TO SOMEONE TO INTRODUCE HIM TO YOUR MUSIC?

That’s a tough question, and one that I lose quite a lot of sleep over… I guess I’d have to say “Doing my Thing” off my first EP “3 Kids & a Mortgage” (12/20/2020) just because the FU attitude that comes across in that song is present to varying degrees in all the tracks.

YOU BLEND MANY GENRES INTO YOUR MUSIC FROM RAP TO BLUES, WHAT DO YOU MAINLY LISTEN TO AT THE MOMENT AND WHAT INSPIRED YOUR SOUND THE MOST?

I have always listened to a wide variety of musical genres but over the years I suppose I latched on to a few artists, and wasn’t discovering much new music other than at gigs. The pandemic radically changed that, after joining Twitter I discovered so much awesome unsigned talent it was pretty mind blowing and also a great opportunity to do a few collabs with some brilliant artists…

At the moment I’m listening to the skinner brothers new EP iconic a lot, and I absolutely love the Midnight Fuckboys,  also Orange G, Shark Star, The John Michie Collective & Moonlight Parade (I actually just released a cover of one of their songs for charity on bandcamp) they are all emerging artists, it’s been very refreshing 🙂

FROM YOUR LYRICS AND THE NAME OF THE EP YOU RELEASED IN 2020 ‘3 KIDS AND A MORTGAGE’ SEEMS LIKE IRONY IS PART OF YOUR MUSIC APPROACH, HOW DOES THIS INFLUENCE ON YOUR SONGWRITING AND WHAT INSPIRED YOU TO HAVE THIS PARTICULAR APPROACH?

I had a bit of a nervous breakdown in 2015 and I stopped trying to write lyrics that sounded like “a song” and just focused on telling my story one mundane event at a time, a bit like a musical diary, with a bit of artistic licence and comedy for good measure.

That said, I do find it intriguing how writing about real life is often seen as ironic, we’re all so used to fireworks that it’s sometimes hard to appreciate a candle for anything other than a joke I guess.

Tons of stuff, I have a 2 track Collab with Sean Buckley (a.k.a mintball) called I’m Alright out on the 4th of June, then another 5 track EP called “Geezer Pop” on the 25th of june, A remix EP is also in the works as well… Busy times, I hope to have at least 10-15 new tracks finished before the end of the year…

Thank you for letting me dither, it’s much appreciated.