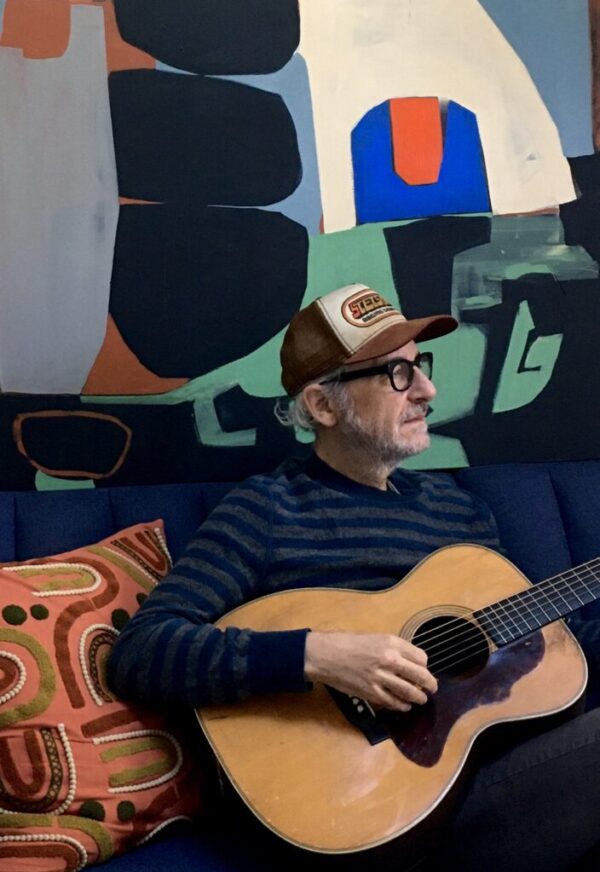 The artist’s new EP ‘Now What’ is out now

Jack Silverman is an incredible guitarist and Jazz artist based in Nashville. It was great to chat about his musical experience In that town, as well as learn about his musical background, passion for soundtracks, and his guitar heroes.

HELLO JACK, TELL US MORE ABOUT YOUR LAST EP RELEASE ‘NOW WHAT’, AND YOUR STORY SO FAR.

I’ve spent a lot of time as a sideman in Nashville, but beginning in the early Aughts, I started doing my own instrumental music with a variety of ensembles, playing original compositions, my own takes on cover tunes, and a hefty dose of improvisation. I released my first solo album in 2009, “The Jack Silverman Ordeal,” produced by the great bassist Viktor Krauss (Lyle Lovett, Bill Frisell). A year or two ago, I started discussing going back into the studio with a friend of mine, Roger Moutenot. Roger is a terrific producer (Yo La Tengo, Paula Cole, Lambchop, Sleater-Kinney), and just a really creative guy. We started recording in the midst of the pandemic. I made demos of the tunes at home, using drum loops and playing bass and guitar myself. Then I headed over to Roger’s studio, and we did a bunch of overdubs. Roger played some drums, Jon Radford added percussion, Kim Rueger (who performs under the name Belly Full of Stars) played piano on “Cerulean,” and Josh Smith (of the jazz band Birth) played sax on “Searchlight.” I think of the EP as a soundtrack waiting for a film. I was really excited that a cool label here in Nashville, YK Records, took an interest, and that’s definitely given me some momentum.

WHAT GENRES AND ARTISTS INSPIRED THIS DEBUT RELEASE THE MOST?

The rhythm grooves are sort of a combination of rock and trip-hop vibes, and there are elements of jazz in the harmonic structures and melodic ideas, though I definitely wouldn’t classify the music as jazz. I’ve heard people say they hear echoes of Radiohead, Portishead and Pink Floyd in the music, and those are definitely artists who have influenced my work. There are even elements of bluegrass that influenced the work, though they might not be obvious. But I’ve been fascinated with a bluegrass guitar technique known as crosspicking, and that plays a big role in a couple of the tunes.

YOU COLLABORATED ON MANY MUSIC PROJECTS OVER THE PAST YEARS, HOW DID THESE EXPERIENCES IMPACT ON YOUR SONGWRITING?

That’s hard to say, because I think many of my past experiences have been absorbed on a cellular level. Most of all, what I’ve realized is that I’m not really a “genre” player per se. I’m not necessarily a rock or jazz or metal or bluegrass guitarist, though all of these elements have gotten into my musical DNA. As someone who writes instrumental music, I’ve probably been most influenced by movie music, composers like Ennio Morricone and Angelo Badalamenti.

WHAT INSPIRED YOU TO FIRST DOING MUSIC AND WHEN DID YOU START PLAYING GUITAR?

I started playing in college, when I was 19. I was very taken with Jimi Hendrix and the Grateful Dead, and particularly the improvisational aspect of the Dead. In fact, one of my current gigs is with a Grateful Dead tribute act, the Stolen Faces.

WHAT ARE YOUR PERSONAL GUITAR HEROES, AND HOW DO YOU THINK THE WAY PEOPLE LOOK AT SOLO GUITARISTS HAS CHANGED LATELY?

When I was young, Hendrix, Jerry Garcia, and blues musicians like Albert King, Freddie King, Albert Collins and Jimmie Vaughan. Later, Wes Montgomery, John Scofield and Bill Frisell became big influences. Also David Hidalgo from Los Lobos. And Marc Ribot is near the top of my list. I”m not sure how other people’s views of solo guitarists and guitar music have changed, but my own view has changed. When I was young, I was often impressed by very virtuosic and technically gifted players, but over time, I’ve become much more interested in melodic ideas, atmosphere, composition and originality. Virtuosity and flash often bore me, though there are exceptions, virtuosic musicians who I dig, someone like Julian Lage, for instance. But often the players I like are more minimalist, and rough around the edges, as it were.

HOW DO YOU FIND THE NASHVILLE MUSIC SCENE AND HOW DO YOU THINK YOUR PROJECT FITS IN THIS?

When I first got here, in 1997, I really liked the town and was impressed by the level of musicianship, but wasn’t really sure where I fit in. As time has passed, the experimental and non-country scenes in Nashville have really exploded, and I feel there are a lot of similarly inclined musicians. For instance, I was invited by a really cool synth player, Michael Hix, to be part of the Nashville Ambient Ensemble, which is a group with a rotating cast that creates improvised ambient music. Check out that project’s recent album, “Cerulean,” to get a taste.

I’ve started working with a drummer (Robert Crawford) and bassist (Brook Sutton) on a regular basis, and I hope to record with them soon. We did a livestream for the EP release  on April 29 from a great Nashville club, The 5 Spot. Keep an eye out for the release of the video on YouTube in the coming weeks. Also, another cool Nashville label, Centripetal Force, is going to do a cassette and digital release of the audio from the EP livestream. In addition to Robert and Brook, I had a couple of other terrific players, Chris West on sax and Jano Rix on keys, for the livestream, and it went really well.

There are a lot of great acts in Nashville making some really cool music. Currently in heavy rotation at my house are The Holy Mountain Top Removers, No Stress, Spencer Cullum’s Coin Collection, and Coupler.