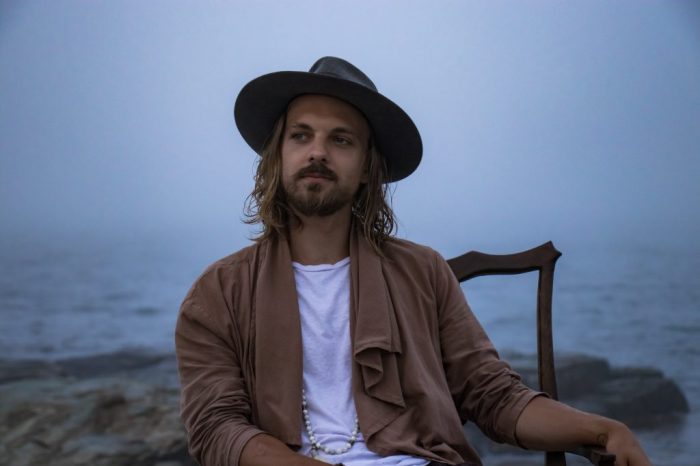 Recently, I had a wonderful conversation with Jannek, musician/producer from New York, about his new album “Sunbow”. We talked about the stories he knows about David Bowie from his amazing collaborators (sshh it’s a secret), and how meditation deeply influences his music approach.

HELLO JANNEK, CONGRATULATION ON YOUR ALBUM “SUNBOW”, TELL US MORE ABOUT THIS RELEASE.

Thank You! It’s my very first album release, which makes me feel all fuzzy inside. I love particularly how the music came from a place of just wanting to play around as I was learning how to play my synth during isolation. Those explorations, which at the time I called “Lessons” then ended up becoming this body of work. It was quite confusing because I was working with Lessons 1 through 23 and that sometimes confused me as I wasn’t always sure which was which. The actual titles came later in the process!

HOW WAS WORKING WITH TONY VISCONTI AND DONNY MCCASLIN FOR THE MAKING OF THIS ALBUM? THEY BOTH WORKED WITH DAVID BOWIE AS WELL, HAVE YOU HAD THE CHANCE TO SHARE SOME THOUGHTS AND CONVERSATE ABOUT THE WHITE DUKE?

Tony is my mentor and I work with him almost daily and he became a great friend over the years. It was therefore even more heartwarming to hear him practicing my song as I was working in the studio next door!

He told me many stories about him and Bowie most of which he asked me to remain behind sealed lips though, which I appreciate. David was a private person and Tony honors that, being the trustworthy person he is.

Donny is an incredible new friend and since he recorded on my album we’ve been working on his music quite a lot. He’s a prime human being, honest, direct, he appreciates honest feedback and is a musician on a level that I hope to achieve one day. I’m proud that I was able to get him on 2 tracks for sunbow, especially because my dad is also a big fan of his 🙂

THE ALBUM HAS DIFFERENT KINDS OF INSTRUMENTATIONS, IT IS BEAUTIFUL HOW IT IS HARD TO PREDICT WHAT IS COMING NEXT, IT IS A CONSTANT SURPRISE. HOW DID YOU MANAGE THIS ENTIRE ARSENAL OF INSTRUMENTATION AND ARRANGEMENTS AND WHAT WAS THE MUSICAL CONCEPT BEHIND IT?

You’re exactly right. There’s a lot going on! It all started out with me wanting to learn my Prophet Rev 2 synth, which I bought from the keyboarder of M83. You can make a crazy amount of sounds with that one! Then I refurbished a 50 year old Kamaka Ukulele from Hawaii. I entirely stripped it off its paint, redid the neck-setting, fixed some woodworking issues and applied 11 layers of shellac. It sounds phenomenal! You can hear it on the opening track “monty”, especially in the outro! It’s recorded with a Royer Tube Ribbon mic and just sounds so lovely to me.

Then I worked a ton with my friend and percussionist Clemens Grassmann as well as vocalist Natalie Mack to explore textures and grooves. After all the groundwork was done I invited other friends to play strings, sing, play bass, winds etc. It grew into this orchestra of friends, something I hadn’t planned in the beginning.

Concept-wise I see this first album as the more eclectic one. It’s part of a 3-album series I called the “sunbow circle”. “Sunbow” is the feeling of slowly calming a playful mind and bringing it to rest, to then finally enter the inner sphere through the final and title track. The instrumental choices, which are more organic than the 2nd and 3rd record, root in the ‘real world’ rather than the extraterrestrial. 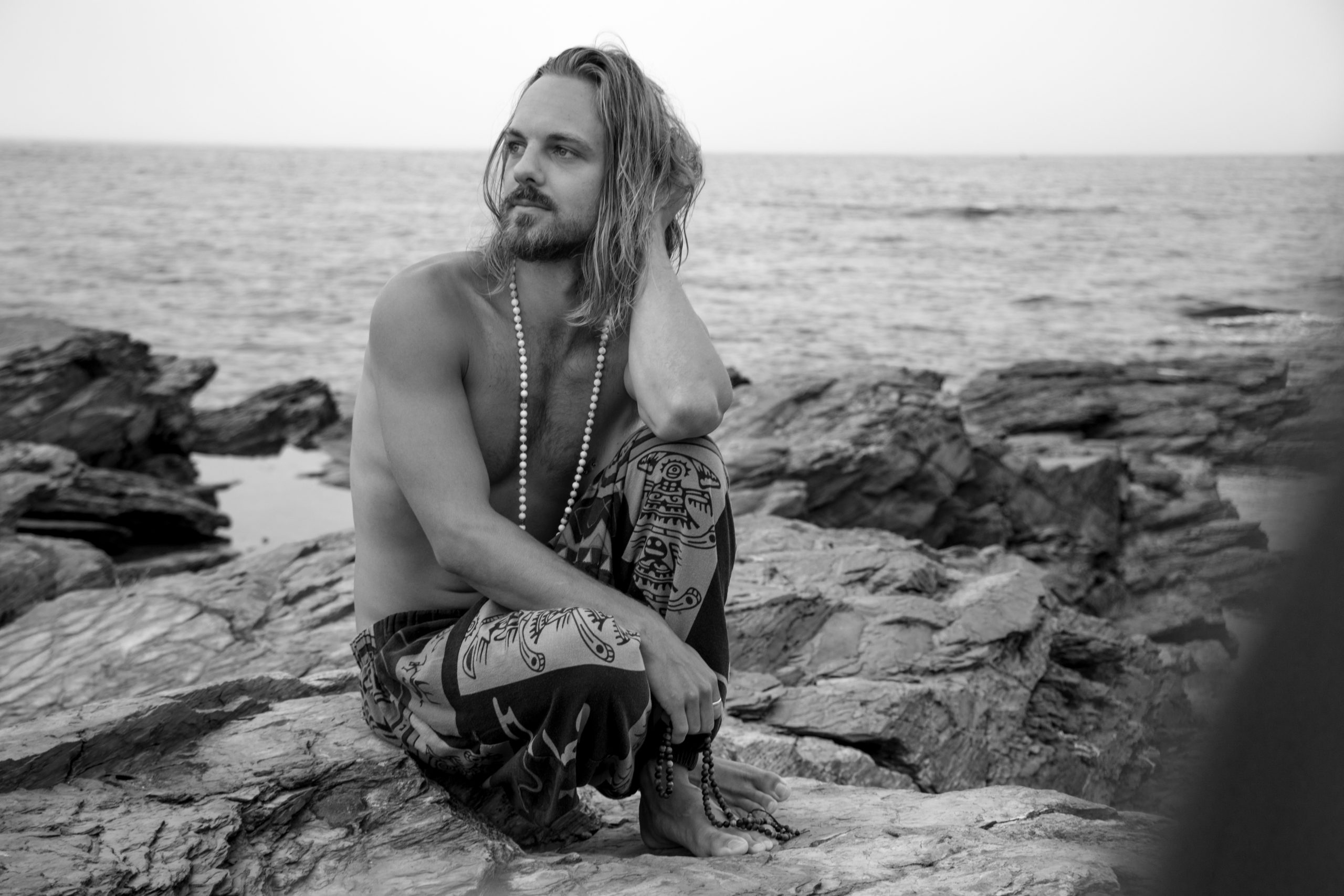 WHAT ARE THE SONGS THAT ENCAPTURE THE ESSENCE OF THE ALBUM THE MOST?

I think Liquify has been the most centered song of the bunch. It’s about having to flow through an eclectic mind’s hurdles just like it’s taught in the alexander technique.

The most playful one is “bottomless breath” and the grandest song is “sunbow” as it leads you into the next world, which will be the 2nd album.

APART FROM MUSIC WHAT ARE THE THINGS THAT INSPIRE YOUR MUSIC THE MOST?

Meditation and movement. I am an avid student of meditation and yoga and love being in the nature, even though I don’t get to do it as much as I’d like, considering I live in New York. When I was in Newport I went to meditate on the docks on the water every morning and it was my guiding light during that time. I truly believe that it came through in the music and in the way I let my creativity flow without judging it too much. Don’t get me wrong, I still had many doubts about this music throughout its creation time but I at least started every song from a lighthearted place of accepting what was coming out and going with it.

HOW’S THE MUSIC SCENE IN NEW YORK AND WHAT ARE THE MAIN GENRES THAT ARE THRIVING THERE AT THE MOMENT. HOW DO YOU SEE YOUR PROJECT INSIDE THE NYC SCENE?

There are many many scenes in New York and I have mostly been an audience member of the electronic and ambient scene the past few years. I love going to DJ shows and warehouse parties and just dance for 5 hours. It’s an absolute blast and it’s inspired me a lot.

I have a lot of mixing and production work for other artists to do until november and then I will start releasing singles for my 2nd album! You can expect that to come out in January 2022 and I also have a fantastic guest on that.

I would like to thank you for allowing me to chat with you today. Letting your voice heard as a musician these days is tricky enough and so I appreciate the support you give us! Onward 🙂