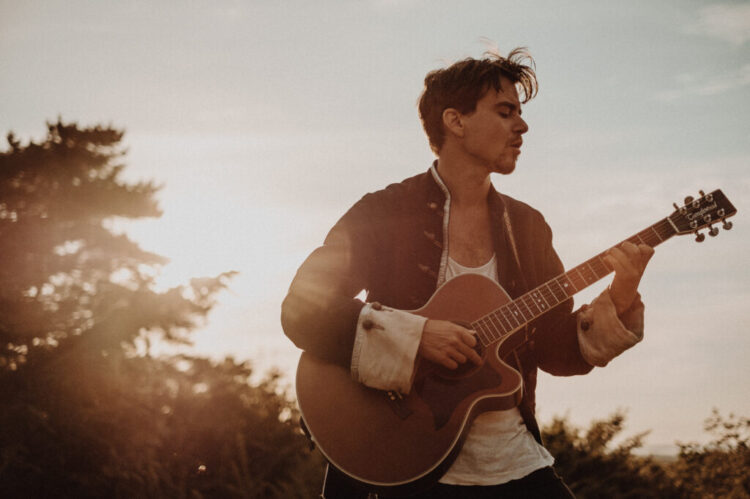 The artist’s new Single ‘Sweet Surrender’ is out now

Jakob Kupferberg is an acoustic artist based in London and with Danish origins. It was a pleasure talking with him about his last single ‘Sweet Surrender’, now available everywhere, and much more.

HI JAKOB, TELL US MORE ABOUT YOUR MUSICAL JOURNEY UNTIL NOW.

I played the piano, trumpet and flute when I was a young boy, but it wasn’t until I picked up the guitar in high school that my own music really started emerging in the forms of chord progressions, riffs, melodies and eventually songs. It took a few years before I really found my voice as a songwriter, however. I guess you could say I had to live life before it could sing about it.

YOUR LAST SINGLE IS CALLED ‘SWEET SURRENDER’, WHAT’S THE STORY BEHIND THIS TUNE?

Sweet Surrender is a song about finding community as a spiritual nomad in the roar of city life – letting go of the troubles of the past and surrendering to something beyond the human condition. It is a song of redemption and the fact that we can all conquer our demons if we are in the right place, with the right people at the right time. Essentially, it is a song of searching and finding oneself, even if that discovery is only a temporary feeling.

WHAT MAINLY INSPIRES YOUR MUSIC AND SONGWRITING, AND HOW DID THE CITY OF LONDON IMPACT ON IT?

I’m very inspired by transformative events, both in the world and in my own life. Whether they are spiritual, romantic or political, that’s not really the main thing for me. As long as they are universal and relatable – and can make you feel something. London is a great place to be for this kind of ‘existential curiosity’ – if you will, as the city is a catalyst for channeling and championing your inner and most radiant, genuine energy. Not many places can foster this kind of intuitive freedom of expression in my opinion – and I’ve lived in quite a few places…

THE EP ‘SWEET SURRENDER’, WHICH YOU RELEASED LAST YEAR, BLENDS MANY GENRES FROM ROCK TO FOLK, WHAT ARE THE ARTISTS THAT INFLUENCED THIS PECULIAR SOUND AND THE MAIN THEMES THAT INSPIRED YOU LYRICALLY?

Good question! I’m very inspired by the instrumental and lyrical pioneering of 90s alternative folk and rock artists. The uncompromising political fury and pathos of Rage Against the Machine – Tom’s bouncy metal riffs and Zach’s underrated and mobilising poetry. And Ani DiFranco’s earlier career of enthusiastic and pioneering truth-telling, championing of women’s rights as well as her quirky guitar playing and unique tunings. Other big influences include Jeff Buckley’s gracefulness and Radiohead’s embrace of sounds and topics that are both uncomfortable and draws you in at the same time. That is an era of music that has shaped my songwriting and development as an artist profoundly.

I was born in Denmark, yes, though my story is not that of a typical Dane. On the contrary, I was born to German, Polish/Jewish and Russian parents and I grew up around the world. I’ve lived in 9 countries in total, which has undoubtedly shaped my worldview and how I approach songwriting. My grandfather’s family on my father’s side were pretty much eradicated in the Holocaust whilst my mother’s parents were living and working in Nazi Germany, so these roots have had a profound influence on my identity, values, career choices and artistry.

WHAT’S YOUR FAVORITE PLACE YOU’VE EVER PLAYED A SHOW AND WHERE DO YOU WISH TO PLAY NEXT AFTER THIS GLOBAL SITUATION FINISHES?

There are many to choose from, but the one that probably lingers most is when I played in Cafe Hygge in Copenhagen. Many friends – new and old were there, and together with the rest of the people attending we had a magical evening which I will remember for a long, long time, maybe even forever. The incredible crowd interaction left me with the feeling of being happily exhausted afterwards. It made me realise that I was born to share my music with a live audience. Once things return to a (different kind of) normal I want to play the streets, pubs and venues of London. It’s been too long…

I’m currently getting a UK-based band together and my plan is to record and release my debut album, ‘The Great Awakening’ this year. The album explores my journey and story in a way that is more personal, more sonically versatile and more ambitious artistically than anything I’ve ever done before. I’m super excited about it because I think these songs will really resonate with people on a deeper level…

Music is more than an escape for me. It’s an artform in constant progress. It reflects my journey and my family background – a story that is both unique and universal to the human condition. Once you understand where I came from, the music takes on a life of its own. That’s why my biggest, most humble goal as a musician and poet is to inspire others with my life story and leave a positive impact on the world.