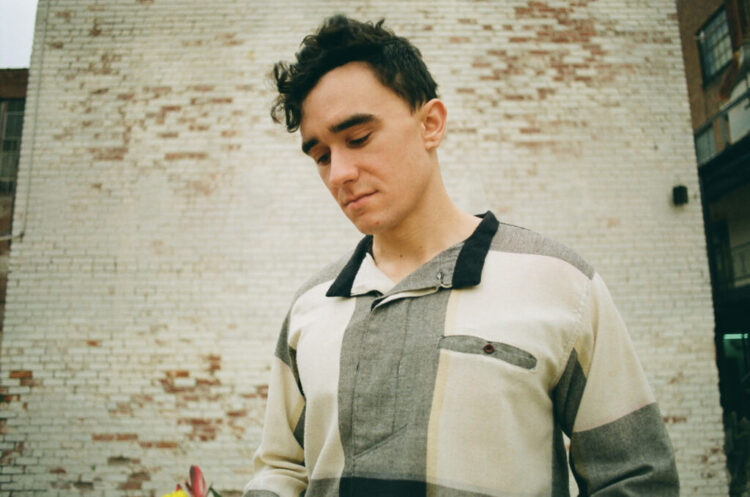 I am really happy that I got to know Jack Keyes better and to introduce you to his music. He recently put out a whole new album and we chat about the inspirations behind it as well as his musical influences and more.

What’s your journey up until your album “The Moon Is Too High”?

This is my debut album, but my musical journey truly started when I was in middle school and my godfather sent me a lefty acoustic guitar in the mail for me to play. I became obsessed with learning new chords and shapes, and a few years later I tried to emulate Nick Drake and started to change the tuning of my guitar. That opened up even more creativity for me. In college, I played in bands for a short while, but got back to playing solo shows where it was just me and a guitar. I put an EP out in 2018 and a couple singles in 2019, but I’ve had my biggest breakthrough in 2020 and 2021 with the release of these new songs.

If there were any, what do you think were the hardest songs to write for the album?

The songs aren’t usually difficult for me to write, but recording was a stressful process for me just because I am not super experienced technically in that field. I often had trouble trusting my gut or feeling confident expressing to my collaborator what I was wanting out of a song. The song “I Wouldn’t Bite a Spider Back” was a struggle because I didn’t know how to confidently talk through the sound I was looking for, but we got there in the end!

In your imagery, there are different cartoonish skeletons that seem to be a peculiar constant. Can you tell us more about your aesthetic choice?

I decided to go with skeletons and flowers as the motifs for this album because I think it is representative of my work. I think the contrast of skeletons and flowers mirrors the darkness and playfulness that is in my lyrics and melodies. I also find myself obsessing over time and feeling like we have so little of it. I think skeletons and the fleeting nature of flowers relate to that theme. 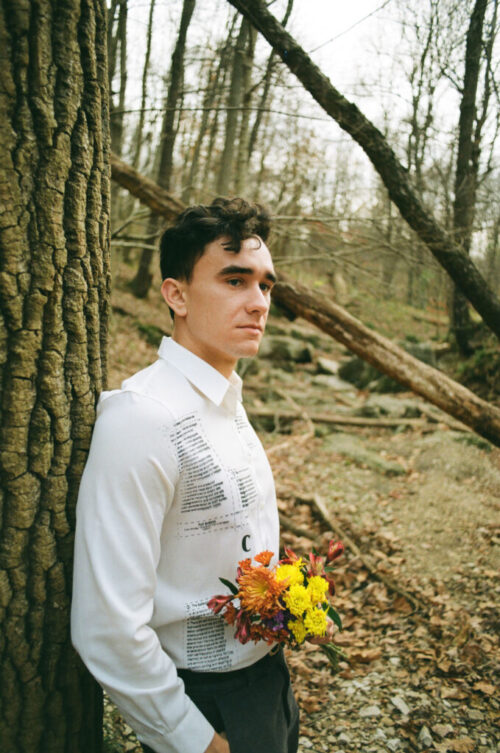 What do you think about the actual folk scene in the US?

I frankly don’t know a ton about it. I gravitate to the “indie” crowd wherever I’ve played music, but most of my friends have played more rock whereas I like to just have an acoustic guitar and play solo. I’ve lived in Austin for school and Nashville for work — two big American music cities — and I’d say Austin has more of a DIY aesthetic, while Nashville is more corporate or commercial.

“Fighter in the Fray” is the only tune in the album that features a full drum throughout the song, what inspired this choice?

I could tell it was a bit more of a lively track, and I thought the album could use some energy around the halfway point. I like trying a little bit of everything, especially as this is my first proper release. My folky songs have often been my most successful, but I do love indie rock – especially 90s/early 2000s artists like Pavement, Built to Spill, and The Wrens. Maybe I was trying to capture some of that energy.

You clearly put particular attention on the lyrics for this album, what are your favorite lyricists that also inspired your songwriting?

That is very kind of you to say. In music, I am actually usually drawn more to melody than lyrics, but words in general are very important to me. I actually teach creative writing to high schoolers! Some artists who come to mind are Leonard Cohen for his poetic words, and Modest Mouse for their witty turns of phrase.

What artists would you like to tour with to promote your album?

It would be awesome to play a show with my godfather, Joe Henry, one day. I would also love to do some shows with my producer and friend German Error Message sometime. In a dream world, it would be awesome to support someone like Phil Elverum (Mount Eerie, The Microphones).

What are your plans for this year and what goals would you like to achieve?

My plans for this year are to go back to the studio and record an EP (or maybe an LP if I’m lucky and inspiration strikes). Hopefully, I can release another project this winter or spring and that the situation with COVID will allow me to truly promote a new release with a short tour.