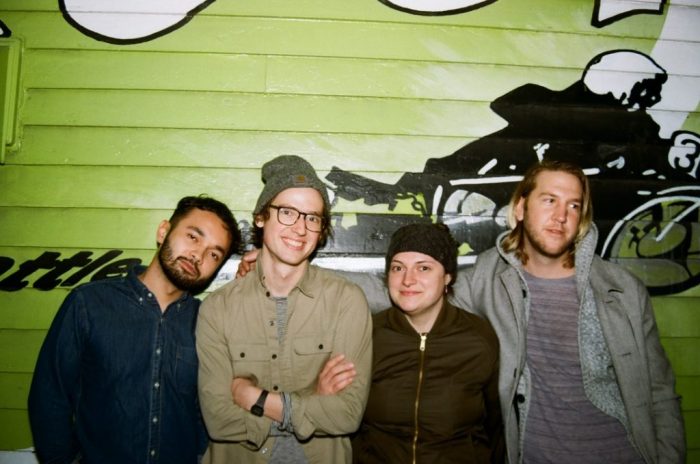 Megadose’s new single ‘Wild and Free’ is out now

It was great to chat with Stephen from the band Megadose about their new upcoming album “Wild and Free”. The band from Seattle has their release set for the 23rd of September, which you should definitely check out.

HELLO GUYS, CONGRATULATION ON YOUR SINGLE ‘WILD AND FREE’. TELL US MORE ABOUT THIS RELEASE AND YOUR STORY SO FAR.

Thank you! Wild and Free is a fun one for us because it’s a sort of anthem for the ethos of the band. Truth be told, the reason I’m getting these interview responses to you so late is because we spent all of last weekend surfing and camping on the Pacific coast of Washington State. We started playing music as a group because we just like spending time together. Focusing on that, and on having a crazy adventure now and then, is a part of what keeps the music fun and interesting.

THIS SINGLE PRECEDES THE OMONYMOUS ALBUM WHICH WILL BE OUT 23/09. HOW WERE THE RECORDING AND WRITING PROCESS LIKE?

Yes! The whole record was written pre-COVID. Our usual process is that I’ll bring the chords and words to the band, and we work on the arrangement as a group until we feel it’s achieved its proper form.

We recorded it piecemeal in the doldrum days of pandemic isolation. We had to come into the studio in ones and twos to safeguard against COVID exposure, so our challenge was to make it sound as live and band-like as possible. The whole thing turned out great, thanks to my very dear friend Trevor Spencer (Father John Misty, Valley Maker, Spirit Award), who produced it in his barn-turned-studio in the woods outside of Seattle.

WHAT INSPIRED THIS ALBUM THE MOST MUSICALLY AND WHAT ARTISTS WERE YOU LISTENING TO THE MOST DURING THAT PERIOD?

I think about this a lot when I’m writing, because I think folks can sometimes be a bit too shy about what’s directly influencing them, as if admitting your inspirations means you’re somehow unoriginal or uncreative. But it’s not plagiarizing to follow in the footsteps of other artists, as long as you’re able to put your own personal spin on things. The unique mix of your influences can yield some very unique and creative results! And the cycle continues.

I’m an absolutely freakish fan of XTC, mostly because of their ability to embrace their wacky, fantastical side, and then on the next track create something honest and thoughtful and totally beautiful. Talking Heads was that way too. Yo La Tengo and Stephen Malkmus got a lot of rotation while these songs were being recorded as well, and anybody familiar with their music will definitely spot places where their influence is clear.

WHAT WAS FOR YOU THE HARDEST THING, IF ANY, IN RECORDING AN ENTIRE ALBUM, ESPECIALLY IN THIS PARTICULAR PERIOD OF TIME?

The hardest part of recording for me isn’t technical, it’s psychological. There’s always the question lingering for me of “What if this isn’t ready?”, meaning, what if this song needs more workshopping before it’s ready to record? What if this recording needs to be reworked before it’s ready for mixing? What if the mix needs more time before mastering? Judging when to draw the line on these things can be a challenge, and for me, it’s rooted in a worry that it just won’t be good enough. I have to remind myself that there are plenty of songs out there waiting to be written and recorded, and not to get too hung up on any one release. Keep moving and don’t worry too much about how things will be received.

In a way, COVID made that a bit easier for me this time around, because it slowed down the process and allowed me to keep in touch with my own. It was definitely a challenge not being all together in the same place though. But it worked out. And thankfully, Laura, Mike and James put up with me being slightly bossy about the music from time to time 🙂

WHAT ARE THE CITIES WHERE YOU WOULD LIKE TO PLAY TO PROMOTE YOUR UPCOMING ALBUM THE MOST?

After so much time away from playing shows live, just about anywhere! Got any UK friends that would want to help us book a tour?? (Kidding…sort of 😁)

HOW DID THE CITY OF SEATTLE INSPIRE YOUR MUSIC AND HOW DO YOU FIND THE MODERN MUSIC SCENE IN THERE?

There’s so much great music in Seattle, it’s easy to take for granted how many incredible bands and artists there are here. And, despite what you may hear about the “Seattle freeze,” most everybody is very friendly and welcoming. One thing that has certainly survived since the grunge generation (and even before that) is a fierce DIY mentality, which results in people building each other up and creating a really vibrant and creative local music culture. Some of my favorite local artists right now are Black Ends, some surprises, and Chong the Nomad. Check them out!

WHAT ARE YOUR PLANS FOR THE REST OF 2021 AFTER THE ALBUM COMES OUT?

Finish our second record, and get back to playing indoor gigs (when it’s safe)! And maybe another coastal adventure…

Thanks so much to everybody for tuning into the new music. We wouldn’t be able to do this without fans and listeners! And stay tuned for the full-length later this month.