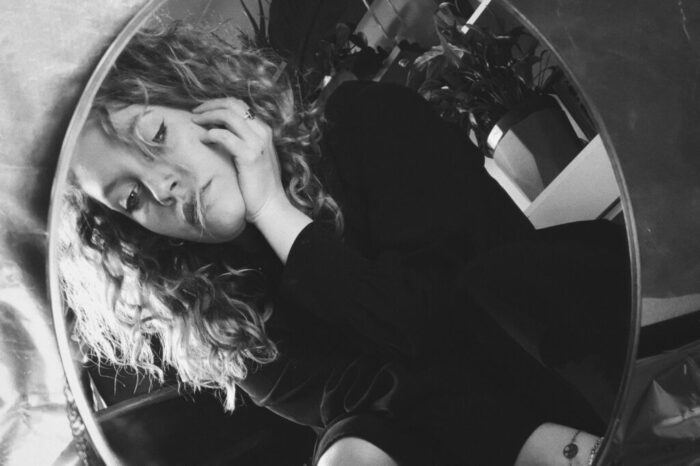 The artist’s new Single ‘Someday’ is out now

‘ilonalowe’ is a solo acoustic project based in London, UK. We talked about her new single ‘Someday’, her music influences and UK music festivals. We’re also secretly planning to boycott Daniel Ek, eventually.

HELLO ILOLANOWE, CONGRATS ON YOUR LAST SINGLE ‘SOMEDAY. TELL US MORE ABOUT THIS TUNE AND YOUR STORY UP UNTIL NOW.

Thank you! ‘Someday’ is half-laptop-mic-demo, and half palatably produced. It’s about my cyclical emotional states and biannual breakdowns which often leave me feeling a lot better after the storm has passed. I’ve been writing and releasing music for ten years now, and have just got to the point where I’m happy with the sound I’ve found, so this is a very young project – but hopefully one with a lot of potential.

EVEN THOUGH YOU RECORDED THE VOCALS FOR ‘SOMEDAY’ ON YOUR LAPTOP IT DEFINITELY SOUNDS AMAZING IN THE MIX. HOW DO FIND RECORDING ON YOUR OWN INSTEAD OF A RECORDING IN A PROFESSIONAL STUDIO?

Well, the producer Joe Green and mixing engineer Alex Bayly definitely did a lot to help on that front. It was frustrating to build a song around the demo which wasn’t originally recorded to a metronome, a labour of love for all involved. Worth it though, I think. I actually much prefer to record on my own – I think because I know I’m not trying to perform in front of anybody more skilled than I am. When it’s just me and the laptop mic, I can be as raw (and crap) as I like.

WHAT ARE THE ARTISTS THAT INSPIRED YOU THE MOST LYRICALLY-WISE AND NEW MUSIC PROJECTS YOU’RE CURRENTLY LISTENING TO THE MOST?

I never like to be inspired *too* heavily by any other artist when it comes to lyrics because I want my music to reflect my truth rather than someone else’s. That said, I was listening to a lot of Cherry Ghost and Gillian Welch when recording ‘Someday’ and its predecessor ‘Once Again’, so I suppose that even subliminally, some degree of influence may have been taken from those artists.

Currently, I’m listening to the entire discography of Everything Everything on repeat, and old-school Kaiser Chiefs (‘Employment’ era) and KT Tunstall are also regulars on my playlists. I just discovered Angie McMahon too, whose voice must be the most magical one in the world.

THE PERFORMANCE OF ALICE GLASS AT THE READING FESTIVAL WAS AN IMPORTANT EVENT THAT FOSTERED YOU TO START A MUSIC CAREER. WHAT DO YOU THINK ABOUT UK FESTIVALS IN GENERAL AND WHAT ARE YOUR FAVORITES?

Reading and Leeds Festival was a great baptism of fire (literally) – I’d never been to a festival before and I think I was a bit shell-shocked when all the cretins started setting tents alight. Since then, they’ve obviously come under fire for the lack of female artists on the bill, and quite rightly so, so I tend to opt for other festivals these days. Plus I’m way too old for Reading and Leeds now. Wilderness has been a favourite of mine over the past few years, and I still intend on going to Glastonbury, Truck and Latitude one day.

WHEN DID YOU WRITE YOUR FIRST SONG EVER AND HOW DO YOU FEEL LOOKING BACK AT IT?

Oh Christ. Well it depends – the first *coherent* song I wrote was probably when I was about 15 or 16, but I did produce many a set of absurd lyrics when I was about six years old. I used to subject my primary school friends to lyric readings at playtime.

The first proper song I released was called ‘Lakes’ and it was supported by BBC Introducing despite being completely abstract with mumbled lyrics and about five minutes long. I actually think it was great to not know a thing about how to write a song – I just fumbled my way around Logic Pro and got it to a place where I liked it, and thought “fuck it, I’ll release this!”. I was 16 and doing my AS Level in Music Tech, and thought I was the coolest thing since sliced bread.

YOU’RE NOW BASED IN LONDON, HOW DID THIS CITY INFLUENCED YOUR MUSIC?

When I moved to London five years ago, I was working for a music agency that hosted events and got all of us lowly campaign managers free tickets to various gigs. I didn’t want to go to most of them, but I always ended up having a good time and being exposed to something new. Music is everywhere in London (when we’re not being blighted with Covid); there are buskers at tube stations and mad cyclists playing bassy music out of boomboxes that’re ratchet-strapped to their bikes. You couldn’t avoid music if you tried, so you’re always being accidentally introduced to new genres and new artists. It’s cool.

I can honestly say, I have no idea. Ilonalowe is a lockdown project and I didn’t begin seriously considering folk as an avenue I could take until last Summer, and so far I haven’t had the pleasure of seeing much ‘Folk Scene’ at all. I’m a fraud! A poseur! No, I was always just trying to push myself into ‘trendier’ genres up until 2020, and my style of songwriting was a square peg in a round hole until I embraced folk. I’m hoping to immerse myself in the scene later this year, though.

Well, I plan to single-handedly destroy Daniel Ek and his life’s work. Just kidding…or am I? I think I’ll probably make some of my demos a little more sparkly and release them exclusively to Bandcamp at some point, and grab a few gig slots where I can. I’m just trying to figure out how to make music pay!

Yes! If you’re reading this, please try to support your favourite artists on Bandcamp. I know it’s a big shift from the convenience of Spotify, but it’s so worth it to try and restore some balance within the music industry. Even if you can’t pay for anything, please share the good word – saving and sharing posts on social media goes a long way. Right…off the soapbox! Thanks for having me, Loop Solitaire.