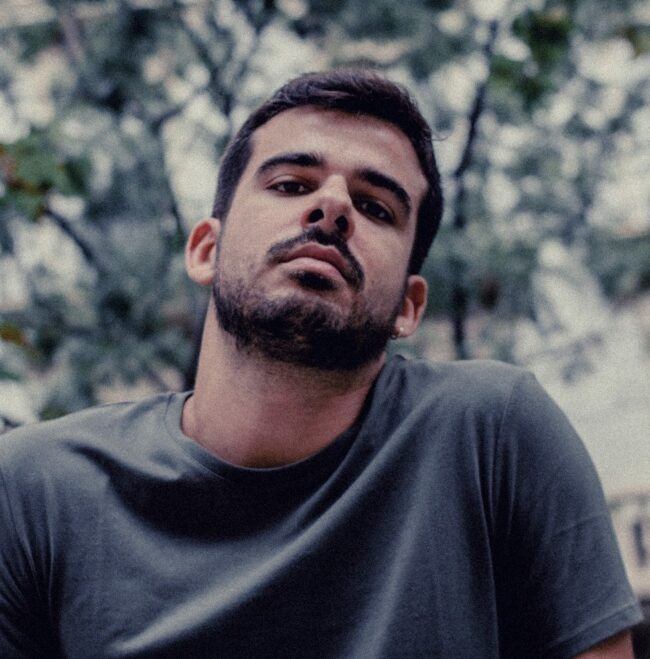 The artist’s new Single ‘Una Mitad’ is out now

Horacio Bort is a Spanish folk bank based in Valencia. I took some time to talk with Horacio about his last single ‘Una Mitad’ and the state of the Spanish music scene.

HELLO HORACIO, YOU RECENTLY RELEASED YOUR SINGLE ’UNA MITAD’. TELL US THE STORY BEHIND THIS RELEASE AND YOU’RE MUSIC BACKGROUND.

Hi! Thanks for giving us this opportunity to share our project. “Una Mitad” is a song where most of it, I’m trying to talk about some of the “bad” or just human things we don’t like about ourselves that we know are there,  but don’t have any way of changing. At least not easily. It’s basically an explanation of my immaturity or inability, at times,  to be a better human. I wrote this song about two years ago, so now I can say that I’m closer to being that better human being haha. Or maybe it’s just that now, there are other heavier problems that need to be resolved.

The background of the music comes from the mixture of all the band’s influences and ideas, while trying to stay in the Indie Folk context. I can say, “Una Mitad” was an easy song to make.

WHAT ARE THE ARTISTS AND BANDS THAT INFLUENCED YOU THE MOST FOR THIS PROJECT?

IN 2020 YOU RELEASED AN EP CALLED ‘COMETA H’, WHICH HAS A DIFFERENT VIBE FROM YOUR LAST SINGLE. WHAT IS THE MAIN CONCEPT AND INSPIRATION IN THIS PREVIOUS RELEASE AND HOW COME DID YOU DECIDE TO CHANGE YOUR SOUND FOR YOUR LAST RELEASE?

The main concept of “Cometa H” was to make some warm and tender songs that could bring out nostalgic feelings and help keep the mind calm, relaxed and the heart awake.

LATELY, ALSO THANKS TO THE STREAMING PLATFORMS, THERE ARE MANY SPANISH PROJECTS THAT RECEIVED GLOBAL ATTENTION. HOW WOULD YOU IMAGINE YOUR PROJECT WOULD IMPACT WITH A GLOBAL AUDIENCE, OR IN PARTICULAR IN THE EUROPEAN MUSIC SCENE?

Sincerely,  now I’m making great efforts to not think about grandiose ideas of international success. I see it as too hard and too far away to talk about yet. But yeah, it would be great. At the moment, if some people from the nearest city of mine listen to our music, it’s good enough for me.

WHAT INSPIRED YOU THE MOST TO START A MUSIC CAREER?

The necessity of not spending my whole life working in a kitchen.

HOW DO YOU FIND THE SPANISH MUSIC SCENE AND HOW DO YOU THINK YOUR MUSIC FITS IN THIS ONE?

Now I find it so limited because the pandemic situation has done a lot of damage to the Spanish music scene. But I’m not negative, I know the people need music to live, and we have a lot of bands and artists that need spaces to share their music.

Play concerts in most cities of my country, release music and… see what happens. We already have two concerts in the next 2 months and we’re talking about a few others in Barcelona, Madrid, Valencia,… On June 16th we release our next single “En mis sueños”, stay tuned!

I would simply like to encourage Loop Solitaire readers to listen to our music, which is available on all streaming platforms and to thank you for the opportunity to cross borders regardless of the language of our lyrics. A big hug.