EP Review – “Garden Songs”by His His 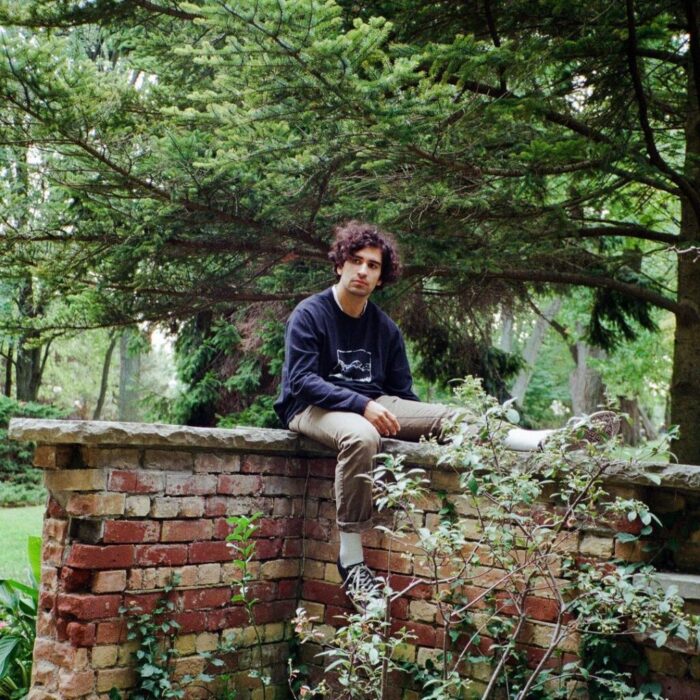 ‘Garden Songs’ is the debut EP by Toronto-based singer songwriter, Aiden Belo, who goes by the artist name ‘His His’. Comprised of seven songs all containing melancholic guitar melodies and gentle vocals, there is an overriding sense of nostalgia which emerges throughout the album.

Sweet Company is the second song on the EP, it’s bright and happy tone creates a pleasant listening experience. Belo’s vocal softness and pleasant tone creates an easy listen, coinciding with the EPs title ‘Garden Songs’ as it is easy to imagine listening to this on a warm summers evening in a garden. The song is reasonably simple in terms of musical structure and the layering of instruments which creates an intimate and calm feel to the song.

Home, Home is another song of the EP. Its gentle guitar melody is comparable to that of a lullaby – easing you into a relaxation. Lyrically it has relatively mundane lyrics which perfectly suits the name of the song, capturing the essence of home. Despite being a completely different sound and style of artist, many of Below’s lyrics and similar to that of artist Phoebe Bridges, in their simplicity and commentary of everyday tasks and thoughts.

The EP Garden Songs creates a strong atmosphere of a calm summer evening, something each song is able to effectively capture. The album holds a strong sense of peace and is arguably comparable to the early work of artists such as Ben Howard and Matt Maltese in its creation of something unique and powerful whilst remaining simplistic and raw. The EP holds a natural continuity between songs whilst still ensuring each song is strong enough to be a stand alone single. His His has created a serene and relaxed EP which effectively engages the listeners imagination to envision stories and visuals within his music.

Interview with His His 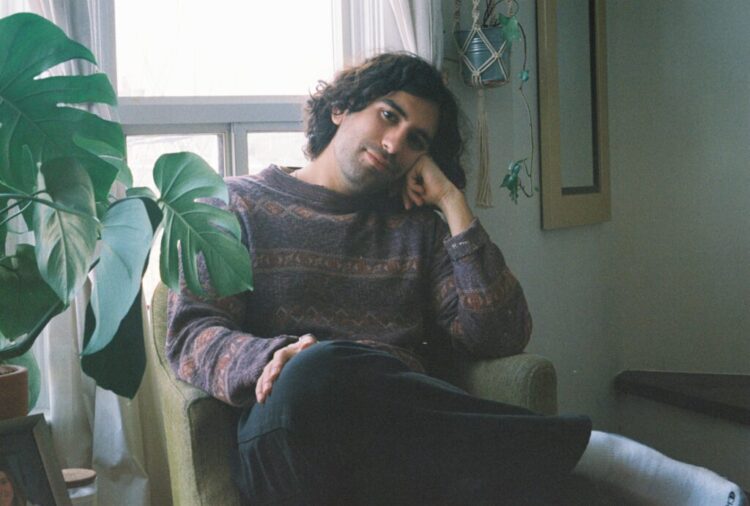 The artist’s new single ‘Sweet Company’ is out now

I’m fairly excited to introduce you to a new folk artist from Canada named Aidan Belo Aka His His. He recently moved back to his farm and produce some really intimate and suggestive songs.

You recently put out your latest single “Sweet Company”, tell us the story behind it.

This song was inspired by the passing of my grandmother. She had always lived with us and played a massive role in raising my brother and I. The song is about visiting the places in our house where she was so often present, and was no longer there.

What’s the story behind your artist’s name “His His”?

That’s a tough question to answer actually! I spent months (probably years) trying to decide on an alias to release under. I can’t say why I went with “His His” instead of “His” or something like that haha. I guess what it comes down to is that this project was the first time that I had written, recorded, and released music all on my own so I wanted a name to represent that.

You recently moved to your family’s farm, how did it change your life and how’s inspiring your music?

It was something that I felt I had to do given the circumstances of the pandemic. I am very lucky that I was able to come back home, and living in the city for 4 years prior to that, coming home was something that I really needed and am grateful for. Time moves a little slower here but there’s always work to be done on the property, so instead of looking out of a condo window, I try and spend as much time being busy or outdoors.

Even though your last three singles have been recorded in a barn, they do show a lot of character, how was producing and mixing your songs by yourself?

Thank you! There was a natural reverb in the empty space of the barn that I tried to capture. I really don’t have great gear to record with, so I tried to make the most with what I had. I was able to experiment with different mic placements or using old panels to contain or reflect certain things, which was fun. For anyone who has written music or recorded with me, they’ll know that I am a little bit of a control freak so doing it alone, in a barn, was kind of a dream. There were a lot of noises and animals in and around the barn so it did take quite a few takes in order to get some peace and quiet.

What do you think about the Acoustic/Folk Scene in Canada?

From what I know, it seems pretty great! I am relatively new to it and haven’t been able to play any shows with this project just yet, but there’s really just so much talent here. I’m really looking forward to playing shows again and becoming acquainted with the community. I feel like there has been a reemergence of the genre which was really popular in the 70s (Joni Mitchell, Lightfoot, etc.) with artists like Andy Shauf, Dan Mangan, and Jenn Grant. I find that a lot of Canadian folk artists are superb storytellers, whether it be talking about small towns, or the Canadian landscape, they do it quite well.

Obviously, you care to keep your sound as true as possible, any musician that inspired this artistic choice?

There are certainly a few. Nick Drake is clearly one of them, the honesty and simplicity in his music, is definitely something that I try to evoke as well. City and Colour’s first two albums “Sometimes” and “Bring Me Your Love” are ones that I always find myself coming back to. To me, playing acoustic guitar, singing and using a microphone to capture that, is one of the greatest things. That’s not to say that manipulating sounds or having things recorded in a super expensive studio are “less true”, because that’s not the case. The simplest recordings have been appealing and speaking to me as of late, so it is something that I try my best to do as well.

Any new release you’re going to share in the near future?

I’m releasing my next track on May 18th and my debut EP on June 22nd!

Thank you for setting this up! I’m a huge fan of the playlists and soon-to-be blog!