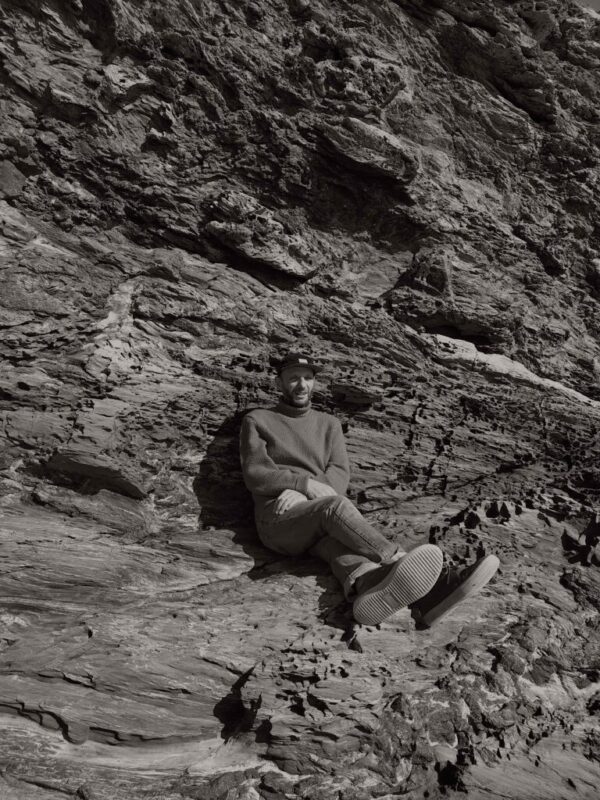 The artist’s new EP ‘Impossible Retour’ is out now

Frank Rabeyrolles is a very prolific music artist from France. His discography varies from folk to indie, electronic and experimental. We talked about his last EP, his inspirations, and multiple music projects.

HI FRANK, CONGRATULATION ON YOUR EP ‘IMPOSSIBLE RETOUR’. TELL US MORE ABOUT THIS RELEASE.

Impossible Retour has been composed during the first Lockdown in France, I would say that it’s my Indie Lofi part more than my Electronic side. Some people love to evaluate, classify artists, it’s a  very classic symptomatic   way of thinking.  My music is connected with Indie Pop, Rock but also with Ambient, Post Rock and experimental.

‘IMPOSSIBLE RETOUR’ HAS LESS AN ELECTRONIC APPROACH COMPARED TO YOUR PREVIOUS RELEASES, WHAT MADE YOU DECIDE TO HAVE THIS STYLISTIC CHANGE?

Impossible Retour is more guitar oriented and it’s been mixed by Julien Josserand I wanted someone else to deal  with my songs and do something different from my way of mixing tracks. « Impossible Retour » is not a conscious change or a desire of mutation, it’s very natural for me to combinate different universes and express all my contradictions …

WHAT ARE THE MUSIC GENRES AND ARTISTS THAT INSPIRED THIS LAST MUSIC ENDEAVOUR?

I listen to a lot of Folk artists like Nick Drake, Tim Buckley… A lot of West coast Psychedelic Bands from the late sixties, like Love, the  Chocolate watch band, I love Reverbs, Vintage Echoes, Analog Drum Machines, Last years I listened a lot Kurt Vile, Timber Timbre, Julian Baker,Mica Levy and lots more but I don’t want to make a catalog my main influences are more personal feelings, Nostalgia, books… I read a lot of Sociology and Philosophy. It may be an unconscious influence.

YOU ALSO RELEASED MUSIC UNDER THE NAME DOUBLE U. WHAT MAKES YOU DECIDE TO USE ANOTHER MONIKER FOR SOME OF YOUR RELEASES AND HOW DOES YOUR MUSIC APPROACH CHANGES WITH DOUBLE U?

It’s a very interesting question, because I began doing Double u in 2004, it’s very far… It was more Beats oriented at the beginning then more Songwriting years after years, I also Have a moniker called Franklin which is more a « producer/ Songwriting thing » I recorded a few albums …

Sometimes I feel a little bit schizophrenic and lost with all those different faces but it helps to reinvent me and try not to be too limited.  It’s really psychological in fact. My different alias are not so much different in fact. I also have different alias because of my compulsive way of writing music.

YOU WROTE MANY SONGS OVER THE LAST FEW YEARS. WHAT MAKES YOU STAY ALWAYS PROACTIVE AND MUSICALLY INSPIRED AND HOW DID YOUR SONGWRITING STYLE CHANGE THROUGHOUT YOUR MUSIC CAREER?

You’re right I wrote a lot of songs, it’s been a bit more difficult these 2 years without a lot of interactions with people, travels, friends… Lockdown was very frustrating and boring. Getting inspiration was more tricky but doing music was also a way to sublimate this « poor reality » . At the beginning Double u was quite minimalistic , then I changed a little bit my way of producing with  more textures, lots of Synth but now I want to concentrate again on  songwriting. But I’m also very versatile, I have an electronic instrumental album to be released in October, I don’t know if I have precise plans with my career  I try to work each day to get a little bit better and keep a good vibe.

HOW DO YOU FIND THE MUSIC SCENE IN FRANCE, AND HOW DO YOU THINK YOUR MUSIC PROJECT PLACES IN THE SCENE?

There are so many scenes and cool artists  in France but  honestly I feel a bit like an ”outsider” now, there are so many newcomers that it’s hard to listen to everything, but here the most popular thing is « chanson Pop » and Rap. I don’t feel very concerned by all this, with years I have some nice people following my work  I’d like to reach more  people but  I also try to develop my creativity in different collabs in Conemporaneous Art, theater.

In September I have a new Instrumental album « A ghost by the sea » which is very intimistic electronic music, without beats kind of Ambient Pop. I also work on a Solo live act with guitar and voice trying to recreate something with old and new songs. I’m starting a project with a friend called Seoir which is very  Dubbby  we have a 7 inch in the pipeline in October.

I’d like to add that it’s very rare to be able to talk about past works and evolution of his own music, so it’s very cool to answer to these few questions. Sorry for my “poor” English.