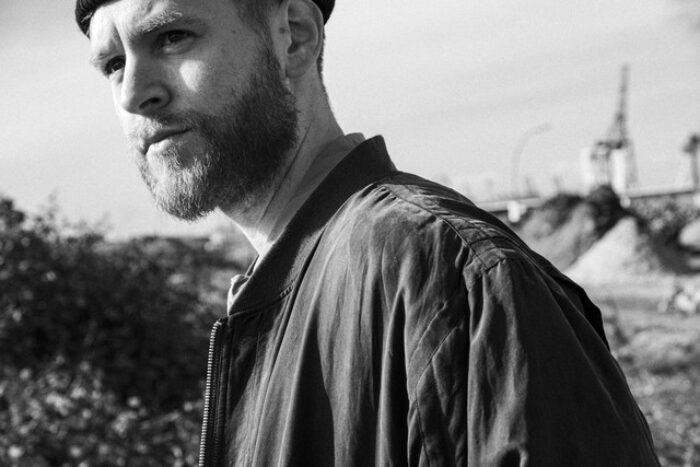 The artist’s new Single ‘Ants’ is out now

David Ost is a singer-songwriter based in Hamburg. He travelled the world and find his musical inspiration in Glasgow. It was a pleasure to talk about his last release Ants, his background and main influences.

HI DAVID, CONGRATS ON YOUR LAST SINGLE ‘ANTS’. WHAT’S THE STORY BEHIND THIS NEW TUNE?

Thank you! ‘Ants’ is a very personal song about my time in Glasgow, a deep friendship that suffered and how the human psyche can affect a person’s life and relationships. It is meant to remind us how damn hard and important it is to talk about what is going on inside each of us. The title ANTS was set long before the lyrics were finished. At about 95% completion I found out that ANTs is also an acronym for automatic-negative-thoughts. An even better title that couldn’t be more bittersweet. Sonically, I guess this track is supposed to showcase my modern blend of folk poetry, driving guitar play and cinematic soundscapes.

YOU RELEASED A COUPLE OF ACOUSTIC VERSIONS FOR YOUR TUNES ’FIRE IN ALASKA’ AND ‘GAMBLERS OF ROMANCE’. WHY DID YOU DECIDE TO CREATE DIFFERENT RENDITIONS OF THESE SONGS? DOES YOUR SONGWRITING APPROACH CHANGE WHILE WRITING AN ACOUSTIC SONG?

Well, pretty much all of my songs start out as an acoustic version because most of the time I write with a guitar in my hand and a notepad. Quite rarely I start with a production simultaneously. I like stripping down the production, keeping the development process cleaner and focussing on the root of the song. It also brings back a certain calmness to the relationship between me and the track, sort of a rediscovery for myself where a couple of notes I’d sing differently now find their place as well. Plus I guess there are people who can relate to an acoustic version better than a full blown production, so why not have something for them, too. Might as well do that for every release, let’s see. Actually, I’ll be releasing an acoustic version of ANTS in June!

YOU LIVED IN MANY PLACES AROUND THE WORLD INCLUDING THE CARIBBEAN, IRELAND, CHINA AND SCOTLAND. HOW DID THESE PLACES INFLUENCE YOUR MUSIC SONGWRITING?

You know what? It’s pretty odd to read that right now, coming from you. Even though I know I must have written that in some promo texts somewhere myself. Feels funny to know that people know that now about me…. Do I even make sense?

Anyway, Glasgow is the place where I learned to write songs and still like them once they are done. I guess all other places contributed to me having something to write about. Took me years and years to be able to put down bearable lyrics. I also remember very well how I strolled down Grafton Street in Dublin being overwhelmed by the buskers who played all those singer-songwriter tunes that I haven’t really experienced that way before. That also did something to me for sure. Didn’t really write but I remember playing lots of guitar during that time.

HOW DID YOU FIND THE INDIE SCENE IN HAMBURG ONCE YOU MOVED THERE, AND HOW DID YOUR OPEN MICS INITIAL PERIOD IMPACT ON YOUR MUSICAL PERFORMANCE?

I was living in Hamburg for years already, always mad at the lack of UK flair and connection to music. Turns out I was just not looking well enough. When I came back from Glasgow, I was so keen on writing and performing that I finally checked out all those places where they had open mics. For me, that’s pretty much where it all started and finally got more serious. That was March 2019. I played as much as I could for about a year, before everything went to shite obviously. That’s definitely where I cut my teeth in performing and getting to know myself on stage a lot better. It was mostly the same musician at all those places every week, such a great time!

WHICH PLACE IN THE WORLD WOULD YOU LIKE TO TOUR IN THE MOST?

I’d love to tour the UK, I think that’s where my music kind of originates from and will probably also resonate quite a lot. Other than that, I’d be more than fine with Europe and touring where they’d have me!

YOU INITIALLY STUDIED DRUM AND PIANO WHEN YOU WERE YOUNGER. HOW COME DID YOU BECOME A SINGER-SONGWRITER INSTEAD?

Yeah, in my teens I tried to learn how to read music with piano lessons, but I couldn’t stop fiddling around with my own little made up tunes, so that didn’t really work out. That was also when I picked up the guitar. Must have been 14, 15 that time, so Drums were just fun and kinda badass. I remember beating the shit out of my set in my little room, blasting some Phil Collins tunes. I’ve always had a thing for how songs are laid out and how they are put together, some sort of an accessible mystery. Being able to call myself some sort of songwriter is pretty much the greatest achievement for myself because I’ve been struggling with this craft for so long. And now it feels like I’ve juuust started to figure out the very very basics of putting it all together.

I really hope that gigging is something that is slowly awakening again as of now. I’ve got a couple of gigs lined up, a couple more single releases and then it’s high time for my debut EP that’s supposed to come out at the end of the year or early next year at the latest. For me, that’s supposed to be the new starting point then, the new first “hey this is me, check out my music!”

If you’re still reading this, you’re a legend!