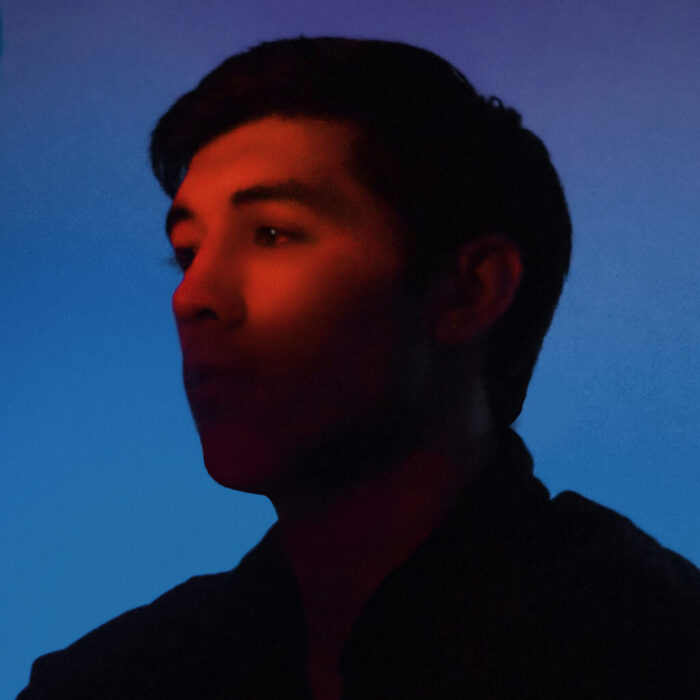 Later to this interview, the artist released their new single called ‘Just A Minute’ which is now available everywhere

Harrison Wood Hsiang is the founder of the music project Couchsleepers, based in the US. This was a really insightful interview where we not only talked about Harrison’s music influences but the way his job as Neuroscientist and early researches impacted his music. A great line from Harrison I’d love anyone to ponder “make the music you want to hear and have fun doing it.”

HELLO HARRISON,  TELL US MORE ABOUT YOUR SINGLE ‘CREATURE COMFORTS’ AND YOUR STORY UP UNTIL NOW.

I was really nervous to have “Creature Comforts” out in the world; it’s pretty vulnerable, even compared to some of our other songs. Interestingly, a lot of people have been casting it as a love song, something I didn’t expect. Always funny how you discover new things about a song when you share it with someone else. When I wrote “Creature Comforts”, I was really preoccupied with possessiveness in relationships, something a little less romantic. It’s a feeling I’ve sometimes noticed in myself, and one that I’m afraid of.

That’s common to all these songs (on our upcoming EP, Monsters). To take something I notice and dislike in myself and imagine a version of me that is the most that way — one overcome by jealousy, or selfish impulsivity, or conciliation, or what have you, even if they’re just passing feelings. Things always feel more dramatic from the inside — and to try and recognize what that might look like and know what to watch out for.

WHERE DID YOUR NAME FOR THIS PROJECT COME FROM?

The EP takes its name from the title track, “Monsters” — one of the songs I’m most proud of. The question that song asks is one I still wonder over, whether these things are real or imagined, mine or someone else’s. It’s tough to know.

WHAT INFLUENCED YOU THE MOST LATELY, BOTH IN YOUR LIFE AND ARTISTICALLY SPEAKING?

I’m really lucky to be surrounded by smart, interesting, and inspiring people. I have so many friends now with whom I can talk for hours about just about anything — the nitty-gritty of making music, sure, but also art and literature and science and philosophy and politics. One of my best friends is a really talented computer scientist (and thinker generally); I make my living doing neuroscience research, so we have these wonderful conversations about all sorts of things that we approach from opposite sides of the pond, biological and nonbiological perspectives, that get increasingly abstract. And more often than not these prove to be artistically inspiring more than just interesting and fun. Cultivating an environment in which I’m constantly stimulated by a variety of perspectives and ideas has been one of the most important things for me, not just as a musician, but as a person generally.

But on recent inspiration, more concretely, I’ve been reading a lot of magical realism recently — trying to find very particularly those stories that have a dreamlike quality, a brief moment of the fantastic intruding on the mundane. Writers like Karen Russell and Samantha Hunt. I love the feeling I catch from these stories, and it’s something I’m eager to explore myself.

Musically, I’ve been really inspired by the quality of production Blake Mills and Ethan Gruska have been achieving. Amazing producers.

IN 2020 YOU RELEASED A WHOLE ALBUM CALLED ‘ONLY WHEN IT’S DARK’, TELL US MORE ABOUT THIS LP AND HOW WAS FOR YOU TO RELEASE IT IN THAT PARTICULAR MOMENT OF TIME?

I wrote ‘Only When It’s Dark’ over the course of my first two (or so) years of grad school (here in Burlington VT). It’s sort of a collection of too-late love songs. That was a funny time in my life, the transition from my college days, being so surrounded by my favorite people in the world, constantly moving from one thing to the next, to a much more independent and solitary existence. Writing ‘Only When’ and beginning to perform those songs with my friends, ultimately assembling Couchsleepers, was one of the first things to sort of rescue me from the banality of everyday existence. And it was wonderful to have that.

AFTER THE ALBUM, 4 SINGLES HAVE BEEN RELEASED SO FAR IN 2021, WHAT MADE YOU STAY SO PRODUCTIVE AND ACTIVE EVEN AFTER SUCH AN IMPORTANT RELEASE AS A FULL LP?

I love making music! And I love making music with my friends especially. And it’s when I’m doing it for the fun of it that I’m most productive and effective as a songwriter. A lot of my music traffics in more serious subject matter, so maybe it’s not obvious that the process of its creation is still joyous — but it is! And that’s so, so important.

But I also have long and bleak droughts as a songwriter — which is very normal — and I think this comes most when I worry about my ego as a songwriter. About how many streams a certain song will get or something silly like that. I was just discussing this with one of my best friends the other day: it’s so easy to fall into thinking that if you just get a million or a hundred-thousand or however many streams on this song, you’ll know, then, that you’re a good songwriter and it’s a good song and you can relax. And this isn’t something a lot of artists will talk about really readily, but it’s so, so common. It happens to me all the time and it’s absolutely paralyzing. The moment worrying about how many people will like a song moves beyond an empathetic artistic consideration or reasonable commercial consideration and into the realm of padding your ego and insulating yourself from doubt, you’re housed. So, as much a reminder to me as to anyone else: make the music you want to hear and have fun doing it.

DOES YOUR CAREER AS A NEUROSCIENTIST IMPACT ON YOUR SONGWRITING APPROACH OR ON THE WAY YOU LOOK AT MUSIC?

I think my experience as a scientific researcher has most importantly equipped me with the tools to pursue clarity of thought and reason — and that could just as easily come from math or computer science or statistics. This is something for which I’m infinitely grateful and which makes my life better everyday. And inasmuch as it makes me a happier and more fulfilled person, it’s been a real gift as an artist as well. Beyond that, I think it’s helped me to be a more introspective person and, subsequently, a more compassionate person, and those are both qualities that tend to help with songwriting.

The subject matter is also fascinating and often inspiring. During undergrad, I worked in a lab (under the incredible mentorship of Dr. Mike Dash at Middlebury College) studying sleep and specifically how sleep and learning & memory are intrinsically linked. This association absolutely pervades my songwriting, if in a more dramatic fashion. Generally, I find sleeping and dreaming to be really wonderfully liminal states in which the subconscious can intervene fantastically in the world.

But I’m also constantly threatening to lose my sense of childlike wonder and whimsy, and I can’t help but connect that to my daylight existence as a scientific researcher. That’s not something you want to give away as an artist — or really at all, even as a scientist. I have to remind myself to find the magic in things.

It’s shaping up to be a busy year… The (sudden) return of live music has completely booked my summer up. I’ll be playing several shows I’m really excited about, both with Couchsleepers and with friends. Big, exciting shows that I can’t necessarily mention yet! I also have a couple exciting projects I’ll be producing on. I feel like I’m also so cryptic when answering questions like this, but I’m never sure how much I can reveal at any given moment. Suffice to say I’ll be working with several artists I really respect and admire and you won’t miss it if you’re following along!

This was a really fun interview! Thanks for having me.