Interview with Will Harrison 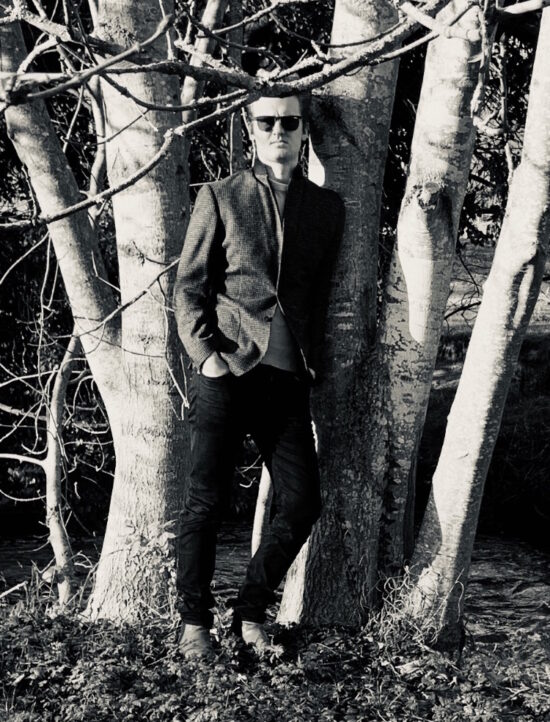 The artist’s single ‘Wanderer’ is out now

I chatted with Will Harrison about his last release with Hannah Koski called “Wanderer”. It was really interesting to know how the song came out together and how the two started collaborating from their University.

HELLO WILL AND HANNAH, CONGRATS ON YOUR LAST SINGLE ‘WANDERERS’, TELL US MORE ABOUT THE STORY BEHIND THIS TUNE.

I wrote it first as a piano track for a nature competition and used the painting, ‘the wanderer’, by Caspar David Friedrich, as inspiration. We all know the image of the man standing looking out over a foggy mountain scene but I wanted to tell the story of his journey up the mountain through Germanic countryside, hence why in the music you can hear sounds such as cowbells and monastery bells, as well as an array of different bird calls, wind, river and tree sounds. When I gave it to Hannah she constructed the beautiful vocals from ‘the wanderers’ point of view. (hannah can say more about this)

DURING UNIVERSITY TIME YOU MET IN A COFFEE SHOP IN DURHAM, HOW DID YOU FIRST START COLLABORATING?

I was just talking with a friend over coffee about getting into music composition and production and discussing with him all the tools required for me to do that. One problem I had was that I didn’t know any good singers that fit the style I wanted to write in. Fortunately Hannah was sitting next to me and said that she was a singer and was looking for people to work with so we set up a time and came up with the style we would use for our songs. Due to university commitments though we never really had time to work on any music so it wasn’t until a few months later that we got back in touch. I had some piano tracks written by that point, including the music of ‘Send in the Fireflies’ and ‘The Wanderer’, and once I gave them to Hannah I was blown away by what she did with them.

WHEN YOU’RE ABOUT TO BEGIN A NEW RELEASE WHAT IS YOUR SONGWRITING APPROACH, HOW DO YOU START WRITING A NEW TUNE?

It depends on what ideas we’ve come up with individually. Due to lockdown we haven’t been able to meet up to write songs in person and zoom sessions don’t really work for us. So, we’ve been limited to sending each other ideas when we have them. In terms of the actual writing process, I can’t speak for Hannah, but for me I just improvise on the piano until I come up with something that I like. I sometimes use chord progressions from classical or pop tracks that I like and then either base a new chord progression around it or just transpose it to make it sound more original. The melody just comes naturally for me, once the chord progression is sorted I can find the right melody in about 5-10 minutes. Sometimes I come up with a few and save them for potential later tracks. 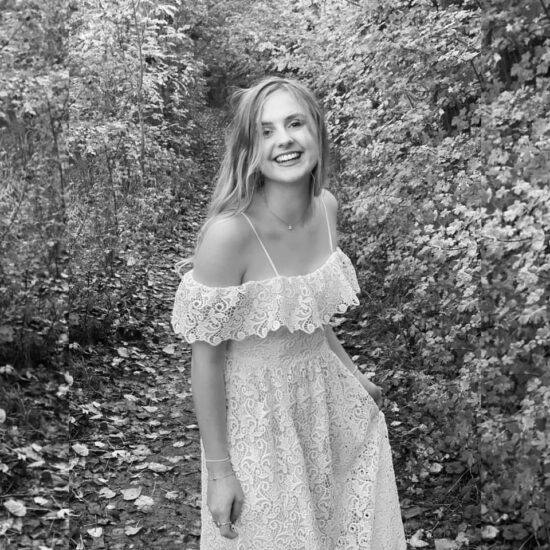 YOU NOW LIVE IN THE LAKE DISTRICT, WHICH IS AN INCREDIBLE PART OF UK WITH BREATHTAKING LANDSCAPES. IN WHAT WAY THIS INFLUENCES YOUR MUSIC?

To be honest, not being a lyricist, I don’t really know how I’d draw inspiration directly from it. I suppose it affects my mood as it can make me feel very peaceful or melancholy depending on the surrounding and that in turn inspires the tone of a track. Perhaps the main way is in what I listen to. Being surrounded by such stunning scenery heavily influences the style of music that I listen to, and therefore the chord progressions that I come up with have a lot to do with that.

LET’S DO A STEP BACK IN TIME: LAST YEAR YOU RELEASED YOUR FIRST TUNE ‘SEND IN THE FIREFLIES’, HOW WAS FOR YOU TO PUT OUT YOU FIRST SINGLE DURING THIS PECULIAR PERIOD AND WHAT’S THE MEANING BEHIND THE SONG?

Again, Hannah can tell you more about the lyrics of the song and what they mean, but for me the song is about hope. Lockdown was hard for us all, but it’s up to us to make the most of the time and opportunities that are given to us and I feel this song serves as an encouragement that there is always a flicker of hope, even when things seem most bleak. It’s especially meaningful for me as this was the first piano track I wrote. I’d never composed before and this song showed me that I was capable of writing my own music rather than settling for performing other people’s.

WHAT ARE THE ARTISTS THE INFLUENCED YOU THE MOST IN YOUR SONGWRITING AND PARTICULARLY FOR THIS PROJECT?

There are the obvious ones such as Piano classics like Liszt and Chopin, and other composers such as Vaughan-Williams, but one that’s slightly harder to believe is Kygo. Even though he produces dance music his melodies are very pianistic and were what drew me to wanting to be a producer. It was amazing for me to see a classically trained pianist doing ‘pop’ music. We also used elements from artists such as Taylor Swift in her album ‘Folklore’ and Sarah McLachlan

We want to continue to release new tracks, we have one lined up for later in the summer. On top of this we are looking forward to finally being able to write songs in person and continue to build on what we have achieved so far. Personally,  I am currently working on a new artist project with a friend where I’m producing tracks in the style of Kygo. I’ve always wanted to write dance music and I’m finally happy enough with the music to release it. The first track will be released in Mid-July under the pseudonym ‘Dusal’.