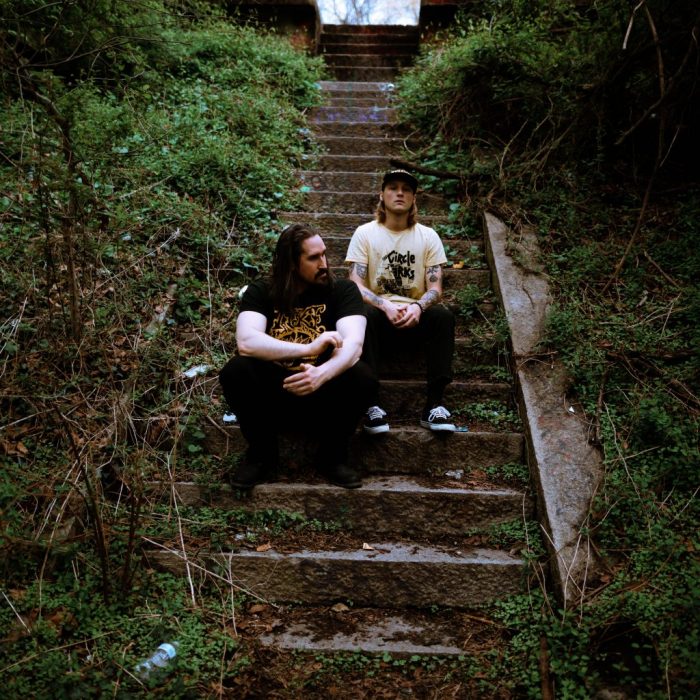 People say rock is not dead. Well, I’m certainly sure punk hardcore is not dead, thanks also to Teen Mortgage. Lately, I had an interview with them and talked about their new singles, skate, and new punk bands. What’s next for them after their music has been used by Vans and the tv-series Shameless? Are they going to land on the next Tony Hawk videogame?

HELLO GUYS, YOU RECENTLY RELEASED A SINGLE CALLED “SMOKED”. TELL US MORE ABOUT THIS SONG AND YOUR STORY UP UNTIL NOW.

James:  What’s happening. man? “Smoked’’ is about how fun it is to get wrecked on a skateboard.  Ed and I started playing together as Teen Mortgage in 2017.  We have overcome many challenges like not wanting a bass player, being briefly targeted during Pizzagate, and being sweaty all of the time.

AFTER A COUPLE OF YEARS FROM YOUR EP “LIFE/DEATH” YOU CAME BACK WITH THE SINGLE “SUCH IS LIFE”. HOW WAS IT FOR YOU TO COME BACK IN THIS PARTICULAR PERIOD OF TIME AND WHAT’S THE STORY BEHIND THE SINGLE?

James:  “Such is Life,” was part of our live set prior to the pandemic, and it felt like the most obvious choice for the next single in the way we get our message across.  It’s about how we point out the absurdity or corruption of capitalism. General authority figures will tell you, “Well… such is life. That’s the way things are.”  The song’s message is not to accept that our surroundings and systems cannot be changed.

YOUR MUSIC WAS SCORED ON SHAMELESS AND USED BY VANS SHOES. HOW IS IT FOR YOU TO HAVE YOUR MUSIC USED BY SUCH AN IMPORTANT BRAND AND TV SERIES, AND WHAT OTHER TV SERIES WOULD YOU LOVE TO SEE YOUR MUSIC ON?

Ed: Our record label, King Pizza Records, is represented by Dirty Laundry Music for licensing placements.  We don’t have much to do with the placements aside from creating the music.  Each time this happens, it comes to us as an unexpected and welcomed surprise.  Given the nature of our music, it’s almost as if we’ve converged on becoming an active lifestyle brand.  James is an avid skater, so the Vans placement was a solid fit.  He’d probably shit himself if we landed in one of the ProSkater games.

I recently fell back into watching pro-wrestling after a long hiatus.  I’d love for a wrestler to use one of our songs as their entrance music.

Ed:  As far as new acts go in that realm, I’ve been blasting a lot of IDLES, Viagra Boys and Warish lately.  Locally, our area has churned out pretty well known bands like Turnstile and Angel Du$t.  However, I think my favorite punk band in the area right now are our friends in Meth Rats.

HOW IS IT TO BE AND COMPOSE MUSIC IN A DUO AS OPPOSED TO A WHOLE BAND?

James:  Organizing everything is logistically far less work with only two people. The writing process is more simplified but the limitation of one guitar and drums can be daunting to progress with.

WHAT ARE THE ARTISTS THAT INSPIRED YOUR SOUND THE MOST SO FAR?

Ed:  In regards to drumming, I really admire artists like Coady Willis (Big Business, Melvins, Murder City Devils and now High on Fire), Esben Williams (Monolord) and Eloy Casagrande (Sepultura) for being unique and creative technicians while also being heavy AF.  At the same time, I love drummers like Atsuo (Boris) and Aaron Hill (EYEHATEGOD) for the pure rawness of their style.

WHAT DO YOU THINK ABOUT THE MUSIC SCENE IN WASHINGTON DC, AND THE ACTUAL STATE OF HARDCORE MUSIC?

Ed: I’m kind of a late bloomer when it comes to punk.  I definitely listen to a lot more of that and garage rock since joining Teen Mortgage. The first few years of being in the group was a cycle of people telling me we remind them of *blank* band, then I’d go check them out.

Because we’re primarily based out of DC, people assume we grew up on Fugazi, Scream, Minor Threat, Government Issue, Bad Brains, etc… Those bands all rule but when that scene was at its peak, James wasn’t alive and I think I was bumpin Raffi.  We never labeled ourselves as hardcore. It’s cool some people include us in that conversation but there are also plenty of purest that would shit all over that notion.  So to each their own.

James:  The scene in DC is very eclectic. It’s a very transient city so there are people from all walks of life there making music which keeps it interesting. There’s many things to be mad about in the world so its probably a great time to be in a hardcore band.

Ed:  Things are definitely looking a lot better than they did this time last year but I consider all of our plans fluid.  We’re going to drop this EP and try to hit as many support shows as we can and hope they don’t get cancelled.  Come to think of it, all of the shows we’ve booked through the end of the year with the exception of our album release show at Slash Run has had some kind of COVID related issue looming over it.  Three of the shows have already changed venues and I’m anticipating a probable 4th, being our 11/27 show with Human Impact and Eye Flys.

We currently have a video collaboration in the works with Super Stone Skateboarding.  With any luck, that’ll be the first of a couple videos we hope to make to accompany the release.