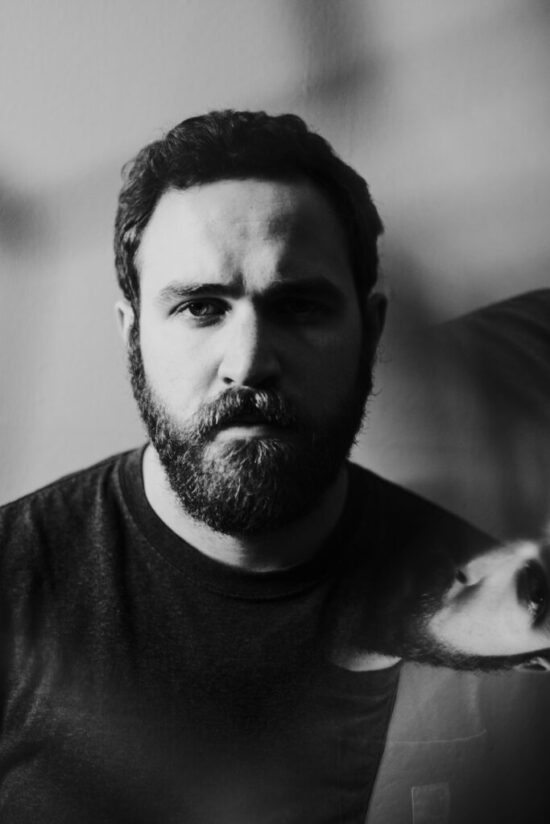 The artist’s new single ‘Be With You’ is out now

Stephen Babcock just released a new single called Be With You, we talked about his latest releases and past experiences touring and writing music in New York and Nashville.

Tell us about your latest single “Be With you”, and the story behind it.

The song was written after COVID hit in the US. I had already written a song called “Notting Hill” a few weeks earlier and I wanted to write another love song for my fiancée. After our wedding date was canceled due to the COVID outbreak, I think she took that really hard. I wanted to do something in my own little way to make things seem a little more upbeat after all the trouble, so the song came from that place. To me, it became this very summery, “windows down, sun out” kind of song. I feel like it’s one of the catchiest things I have ever done with music.

How did you write your previous single, “Waiting To Ride”?

The song “Waiting to Ride” was a song I co-wrote in Nashville alongside a writer named Adam Wright. The song basically came together in a matter of minutes after I was playing these open “A” and “G” chords back and forth. It felt like the song almost wrote itself in a way. As far as a message, the song is a simple one about the ups and downs of life. Especially after this year with quarantine and COVID-19, it feels even more relevant recently.

Another track you released in 2021 is “Bukowski” which was inspired by the encounter of your ex-lover. What’s the relationship between your sentimental life and your music, how do you think they inspired one another?

I think my music in general is inspired heavily by my life experiences. Not every single song I write or release is fully autobiographical (even “Bukowski”), but there are always elements in every song I do that have some truth to my own life. I think it helps ground these songs in realism and makes them more relatable to a listener. For example, with “Bukowski”, I think everyone has had an experience where they saw an ex out in public and did some mental gymnastics to figure out what to say or how to make small talk. I always try and pull some of my own experiences into my songs to give them some life.

You extensively played in the US for the past few years. What is your favorite show to date and the city you would like to play again?

It’s hard for me to pick out a favorite show because they can all be so different. Each show has its own special moments that make it interesting or unique. As far as cities I would like to play again, I always really enjoy playing in the southeastern US in cities like Nashville, Charlotte, Atlanta, etc. I feel like when I am in the southeast, it’s very much like a second home to me musically. That said, I am really trying to get back to Los Angeles and play there again since it has been a few years. L.A. is mysterious to me since I am from the East Coast, and it has this allure that I’d love to explore more.

What has been the most prominent inspiration behind your music so far?

I would say it is likely life experience and getting a little bit older. I have been a performing musician for 8-10 years, so in that time, I have seen and done a lot. When I started, my songs were mainly about relationships and navigating love as a 20-something. Now that I am in my late 20s, I’m starting to write more about how life doesn’t always go as you planned it. Learning to deal with failure and missed expectations is a lot more of a draw for me now since I’ve packed on a few more years.

In the past, you had different writing sessions in Nashville and New York, what are the things that inspired you the most in these two incredibly influential cities?

I moved to New York City right after I finished college at 21 years old. I think New York has this electricity that no other city has. As a place, New York really shaped who I am as a songwriter and caused me to learn and grow very quickly. New York is also where I experienced lots of love and heartbreak, so it really inspired a lot of my early songs. Really, when it comes to New York, it is just its own beast. It would be so hard not to learn and take away inspiration from such an exciting and ever-changing place.

I started going to Nashville when I turned 24-25. Immediately I felt very drawn to it after my first visit. The town is so well known as a “songwriter’s town” that every time I’m there, I just want to write and become a better musician. The biggest inspiration for me in Nashville is that everyone there challenges you to be better. I have gone into so many writer’s rooms or sessions where I was just blown away by the talent. Nashville inspires me to make better music and that’s extremely invaluable to me both as a performer and a writer.

As far as the rest of 2021, I have a few more singles planned for release and an album I am expected to drop in the next few months. I also am really hoping to get back out on the road and play some shows again. During this quarantine time, I have been able to connect with fans all over the US and even in parts of Europe, Asia, and South America. If I can get back out and start performing for folks who want to see me, that would be the best thing in the world.

Be sure to follow my Instagram and Spotify pages to stay up to date on what’s happening next!