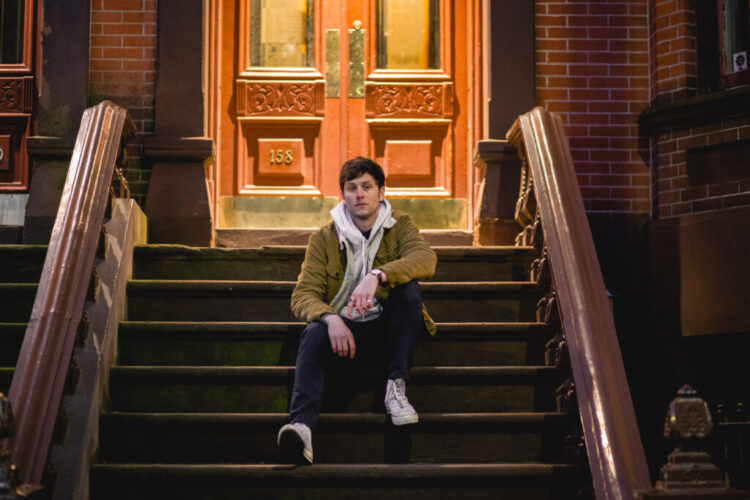 The artist’s EP ‘Suddenly, I Demand Repair’ is out now

Ross Newhouse is a folk artist from New Jersey who just released his first EP called ‘Suddenly, I Demand Repair’. I enjoyed chatting with him about his inspiration, his love for Bob Dylan, and the NYC scene.

HELLO ROSS, CONGRATULATION ON YOUR EP ‘SUDDENLY, I DEMAND REPAIR’. TELL US MORE ABOUT THIS RELEASE AND YOUR STORY SO FAR.

Sure! This is a collection of 5 songs that I wrote in 2020. I took a new approach to songwriting where I tried telling more stories and relying less on cool lines or moods, and I think it really paid off. This is also the first album I released outside of a band, so it feels very new to be doing this all myself, and very rewarding. The album follows the arc of a relationship, with every song representing a different stage.

WHAT ARE THE ARTISTS THAT INSPIRED YOU THE MOST IN THE MAKING OF THIS EP?

I listened to a ton of Bob Dylan, Bon Iver, Field Medic, and S. Carey when I was writing this. I’d say the Freewheelin’ Bob Dylan was the most prominent. When I was alone during quarantine, I’d listen to Talkin’ World War III Blues, it was so ahead of its time, and it would make me laugh to think how many times we’ve all thought the world was going to end.

IN YOUR PREVIOUS JOB, YOU USED TO GO PLAYING YOUR GUITAR DURING YOUR LUNCH BREAK. HOW DID THIS IMPACT ON YOUR LYRICS AND SONGWRITING?

None of the songs I wrote at work were any good, it’s difficult to write something nice in the cafeteria of an Urgent Care chain, but it at least made me believe that I was meant for something else. It was definitely weird trying to be artsy in front of people who could perform surgery, and proclaiming that my goals revolved around music and not med school, I’m very fortunate to have been fired

LOVE YOUR INSTAGRAM BIO ‘KINDA LIKE IF BOB DYLAN USED ABLETON’. AMONG THE SONGS THAT YOU WROTE, WHICH ONES COULD REMINISCE MORE OF A BOB DYLAN TYPE OF SONG?

I think ‘Girl on Great Jones’ has his sense of humor, and I also wrote that knowing that he wrote a lot of his music around the Great Jones area. So, I hope that’s a song Bob could have written if he shared the disdain for NYU kids that NYC shares today.

WHAT IS THE SONG IN THE EP THAT YOU THINK MIGHT REPRESENT THE MOST THIS RELEASE?

Although it’s the least popular, I think Dagger Earrings is my best work on the album. I love the electronic production, and I think that’s the direction I’ll be going with a lot of the music. I also think the lyrics are the most vulnerable, and definitely the most visceral. From there, you can find more Americana, more singer songwriter songs, but that one feels the most Ross Newhouse moving forward

WHAT ARE YOUR THOUGHTS ABOUT THE MUSIC SCENE IN NEW YORK AND WHAT ARE YOUR FAVORITE NEW ARTISTS FROM THE CITY?

New York is my favorite city, but it’s becoming harder and harder to be an actual artist there. I admire people that are loyal to NYC, because a $12 coors light at an open mic will really get you to rethink your entire existence. But, it’s really an inspiring place, filled with some incredible artists and amazing people. I’m enamoured by Elliott Skinner at the moment. I learn something new about songwriting every time I listen to him. I also love TOLEDO, who are a recent discovery. I’m just proud of anyone who hasn’t gone to LA yet.

I’m in Nasvhille right now recording my first album, and I’ll be releasing singles over the summer as part of a short EP that may turn into something bigger. Overall, just trying to readjust to people shaking my hand and speaking to me maskless, and trying to make sense of adulthood.

You can support me, book songwriting lessons, live shows, and all that on www.buymeacoffee.com/rossnewhouse . I hope you dig the tunes <33