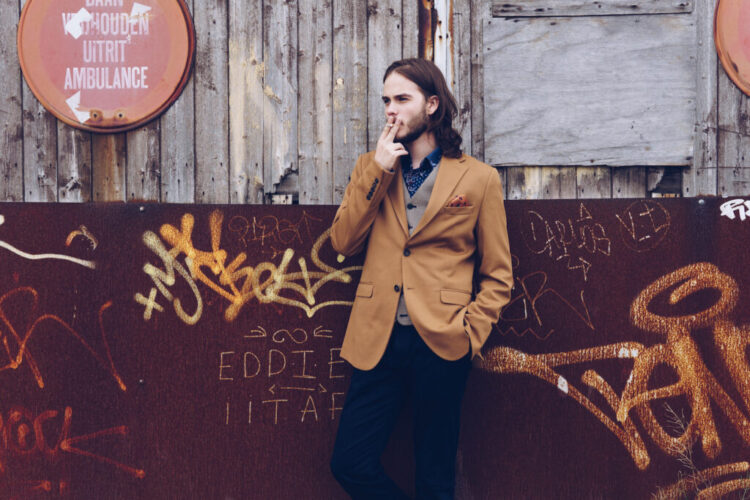 The artist’s new album ‘Whatever You Brought’ is out now

Jacques Ellis is a Dutch singer-songwriter who just released today his album ‘Whatever You’ve Brought’. I’m glad I had the pleasure to chat with him about his inspirations and background. Link in bio for the interview.

HELLO JACQUES, CONGRATS ON YOUR LAST SINGLE ‘POETRY & SONG’. TELL US MORE ABOUT THIS NEW SINGLE AND YOUR STORY SO FAR.

Poetry & Song is the ending to my album ‘Whatever You’ve Brought’, with a July 2nd release. It’s the hopeful feeling for me that I have in general and a love letter basically to music making in general as it helped me to process my mother’s passing. It’s been ten weird years and I’ve had to find a way to solve all the buzz in my head and by the end it’s all alright anyway. The feeling I wanted to express with this song. Basically the ease of mind. Room to breathe is really important after all.

WHAT INSPIRED YOU THE MOST TO START BEING A SINGER SONGWRITER AND START A MUSIC CAREER?

When I was 12 years old (2 years after my mother’s passing) I was still developing a lot and needed that warm feeling. And when I started discovering artists like Nick Drake and Tom Waits it started putting things into perspective for me. I wanted to recreate that and started learning guitar. My mom had played the organ and my dad plays guitar, so music has always been a huge part of my life and it ended up being the best way for me to solve my own stuff. What happened to my mother and how it affected me was the major thing I had to write about when I became an adolescent.

WHEN DID YOU START FIRST PLAYING GUITAR AND WHICH ARTIST INFLUENCED YOUr PLAYING THE MOST?

I was 13 and it definitely has to be Nick Drake. Even Jeff Buckley and Bob Dylan. It was Michael Prins that I saw winning a tv program over here in the Netherlands and he is a great musician. I wanted to become an artist like that. When I handed him a demo, he was the one that really guided me through everything. Can’t do everything on your own.

YOU HAVE AN UPCOMING ALBUM CALLED ’WHATEVER YOU’VE BROUGHT’, WHAT’S THE CONCEPT BEHIND THIS RELEASE?

PREVIOUSLY TO ‘POETRY & SONG’ YOU’VE RELEASED TWO OTHER SINGLES, ‘LANDING’ AND ‘SWIMMING’, WHAT’S THE STORY OF THESE TWO SONGS?

Swimming was the first song I wrote (the album was written and recorded chronologically) and it’s about not having to feel regret and how time and events have changed me. And all I’ve had to endure has made me stronger. The whole album is one big story and Landing comes on Side B of the album. It’s story is the one of having to find peace of mind and being able to look back.

HOW’S THE FOLK MUSIC SCENE IN NETHERLANDS AND WHAT ARE YOUR FAVORITE ARTIST FROM YOUR COUNTRY?

It’s a niche here, my dear friend Michael Prins has been my favorite Dutch artist for years. Another Dutch artist I adore is Stef Bos, he sings in Dutch though.

I’m writing a piece for the theater in which I tell my story. I hope to be able to perform, we’ll have to see how the lockdown goes on. I’m also finishing up writing for album 2. I might record that this year.

I really would appreciate it if people would take the time to listen to my album from start to finish in its right order. Too few people listen to albums these days.