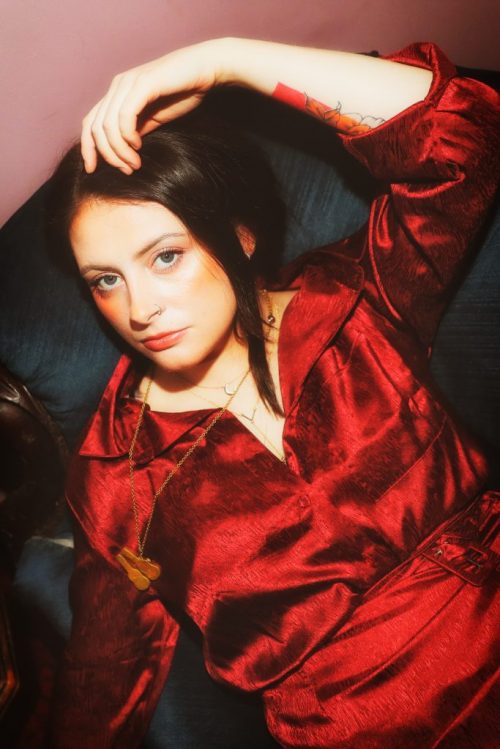 Elise is a Singer-songwriter from Ireland. Her last track “Ragdoll” is a poetic and dark song about self-reflection; a fun and quirky tune that will perfectly fit in a soundtrack from a Tim Burton’s movie.

HELLO ELISE, CONGRATS ON YOUR NEW SINGLE ”RAGDOLL”, TELL US MORE ABOUT THIS RELEASE AND YOUR STORY SO FAR.

Thank you so much,

Ragdoll is dark and poetic alternative/folk-pop song about self-reflection.

In life, we often come to a point where we have to make big decisions for ourselves. Sometimes we make the right choice and at times we continue on down the same old path, repeating self-defeating habits. Change can be scary, and perhaps it’s easier to ignore the fact that what we are doing is not in our best interest.

Ragdoll is a song that explores the relationship with one’s self. It is a story about digging deeper and figuring out what works and what does not. It is a song about learning to be better and understanding our true self.

Ragdoll was recorded by Thomas Donoghue in Sun Studio’s Temple Bar at the end of February 2020 and was mastered by Grammy award winner Joe LaPorta known for mastering artists such as David Bowie, Solange and Shawn Mendes. The track is now available on all music platforms.

I am a singer-songwriter from Kilkenny, Ireland. In October 2019, I released my Debut EP These Thoughts. As part of launching the EP, with my band, I played three successful nights in the Set Theatre Kilkenny, Bello Bar Dublin and Crane Lane Cork having well known cork band Jordan Run support and Dublin’s ELKAE.

So far my music has received attention from radio stations including KCLR and Dublin City FM. I have been featured in many Irish playlists such as Golden Plec’s – Under The Influence, Mnásome – Antidote and Vamp & Fade’s – Irish Indie.

2020 began on a high note when I performed as a headline act upstairs at Whelan’s Ones To Watch. I have been recently featured in the new We’ve Only Just Begun Directory alongside hundreds of Irelands female and non-binary musicians.

After a cancelled, May 2020, UK and Irish tour, I focused on the release of my next single Cowboy for October 16th.

The release of Cowboy gained a lot of attention from online music bloggers and radio stations. Cowboy made a huge online presence when added to Spotify’s Fresh Folk Playlist gaining over 30,000 listeners in under 2 weeks.

After that I focused my 2021 single release, Ragdoll, and its accompanying music video.

THIS NEW SONG HAS DEFINITELY MORE PRODUCTION LAYERS AND A VERY DISTINCTIVE SOUND COMPARED TO YOUR EARLIER TRACKS. HOW WAS THE PROCESS TO DEVELOP THIS NEW AND PECULIAR SOUND?

I really wanted the story of Ragdoll to stand out, we all have an inner voice, our subconscious, sometimes it’s our own worst enemy and puts us down, sometimes it lifts us up, but the story of Ragdoll is about self torment and I really wanted to make sure that came across in the music in a fun and quirky way. I worked very closely with Sound engineer and producer Thomas Donoghue, who I worked with on my previous releases. The song was already there and it was what it was but we came up with fun ways to bring the dark quirkiness out in the song, with voice alters, creepy ice cream truck sounds and different synth sounds while really leaning into the rhythm of the song. I’m extremely happy with how it turned out. I think it’s fun.

WHAT ARE THE ARTISTS THAT INFLUENCED YOUR PROJECT THE MOST AND THE ONES THAT MADE YOU WANT TO START A MUSIC CAREER?

I have to say there was no artist that influenced this project. None at all. My influences come more from visuals, once I had Ragdoll written, I wanted to lean into the dark side of it, and I was inspired by a lot of Tim Burton’s work. It’s dark but it’s not horrific and it’s fun and quirky. So I tried to convey that into this particular track. 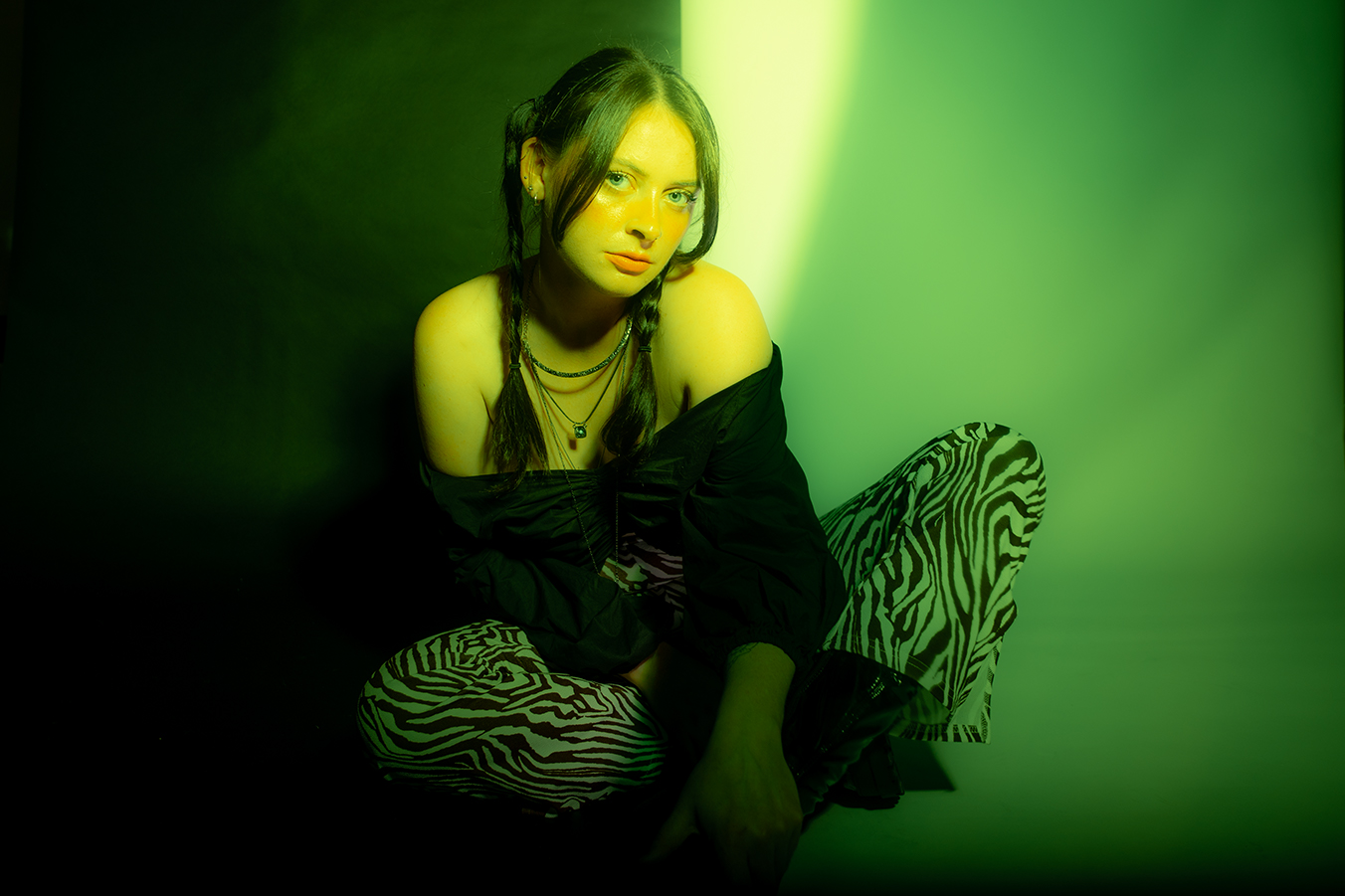 HOW WAS IT FOR YOU TO LIVE IN A SMALL CITY LIKE KILKENNY AND HOW DID THIS AFFECT YOUR SONGWRITING?

Living in a small city can have its ups and downs, it’s a beautiful thing to be able to walk down the street and know most of the people that you pass by, there’s a comfortable feeling and a safe feeling of home. The other side of it is everyone knows everything about everyone and sometimes this can make situations feel bigger than they are, and stories get around so quickly. I’m a very private person so a lot of things that I keep to myself come out in my songwriting.

WHAT KIND OF FEELINGS DO YOU TRY TO CONVEY WITH YOUR MUSIC AND WHAT MESSAGE WOULD YOU LIKE TO PASS TO YOUR AUDIENCE?

The main message I want to pass onto people through my music is just to remind themselves to stay strong and keep going when times are tough, keep doing what you’re doing, there is always a better day ahead. We all feel lost from time to time. Everyone does. But life is about learning and growing and figuring things out.

HOW DO YOU FIND THE MUSIC SCENE IN IRELAND, AND WHAT ARE YOUR FAVORITE IRISH ARTISTS?

The music scene in Ireland is very diverse, the style and quality of artists are amazing and just keep getting better and better. There’s a lot of Irish artists that I love and I’ll give you quite the selection which I highly recommend you checking them out,

That’s all that’s coming to my mind right now and I know I’m forgetting loads more. But that’s a good start for you guys to check out 🙂

I have a few solo gigs that I will be performing over the next couple of months, but I am already planning getting back into the studio soon to record the next lot of songs which I am very excited about. They will be in the same realm and style as Ragdoll, I want to dig deeper in finding and rounding off my own sound. I’m also planning a 2022 Irish Tour which I cannot wait for.