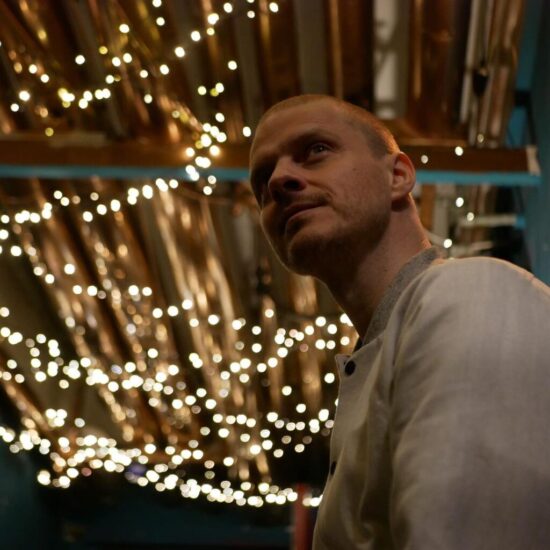 The artist’s new single ‘Crash & Burn’ is out now

Recently, I had the pleasure to chat with Charlie Grant, and talk about his new single, side projects, and his love for 70s classic rock. All details below.

You released a fresh new tune in 2021 called Crash & Burn, tell us more about what inspired it and the story behind the song.

Crash & Burn deals with a situation where a friendship has become strained from a feeling of being unable to help someone who is locked into a downward spiral, and knowing how and when to take a step back from that person for your own wellbeing. It was recorded late last year remotely, I recorded my guitars and vocals at home and sent them to my friend Jonathan Kluth who produced it and we refined it by talking on the phone, strange to do the whole process separately but it worked out really well, I think. The song was actually released originally by an artist called Melo Moreno in 2018, I wrote it with her and another writer called Donata Krammarz from the band Nosoyo. Melo’s version was kind of more dance/pop and I was curious to have a go at showing the song in a whole new light, sonically.

How does your songwriting approach change when you’re producing a single compared to an EP/LP?

I’d say the songwriting process is no different really. I just collect songs that I’m excited about and as and when I can, turn them into a final produced, mixed and mastered version. As I’m an independent artist a lot of it depends on what I can afford to do financially, not very glamorous! I’d love to make a full album from scratch but just don’t have the funds to do that, yet.

You seem to be really passionate and inspired by the 70s music, what are your favorite songs from that period and the hidden gems no one knows about?

I do love my classic rock, it’s true. Picking out favourite songs is hard as there’s so many but a few would be Heart of Glass by Blondie, What a Fool Believes by The Doobie Brothers, Ten Years Gone by Led Zeppelin, Sail on Sailor by The Beach Boys, Light up the Sky by Van Halen and Solsbury Hill by Peter Gabriel. Oh and anything by Bread.

How did your songwriting change throughout the years?

I hope it’s getting better gradually! I think I’m getting more in touch with a less is more approach, the idea that “simplicity is the ultimate sophistication” is sinking in more and more. Also I want to focus on drums more, start songs with a killer groove and work from there rather than having the lyrical side as the starting point all the time. I can tend to be a bit too wordy so I’m trying to be more direct with the message these days.

Apart from your solo project you are playing in other bands and writing music for other artists as well. Which other piece of music are you proud of releasing recently?

I’m really happy that a song called Sabotage is out there, by an artist called Lxandra. She’s a brilliant singer and I co wrote the song with her and my friend Jez Ashurst over three years ago. We had a feeling it was a bit special back then so I’m really pleased it’s finally out. I had a band project called More Than Ruins going for a while and we released our first single, Black Lines at the end of 2019. I’m really proud of it, sadly Covid has meant the project is shelved at the moment but I hope we get to pick it up again and write and release some more music. There’s a Comedy show coming very soon on German TV called The Mopes that I co-wrote two songs for with Alex Komlew last year during one of the lockdowns. The show has a really original and cool twist to it, pretty unique.

Moving to Berlin from the UK, what’s for you the difference between the german music scene and the one in the United Kingdom?

Well, a lot of German artists have to deal with the question of whether to sing in German or English, and some really seem to struggle with that. Berlin is growing as an international creative center which is exciting to see and be around, and It’s cool to see it become more diverse and no so much about Techno above all else. British artists are privileged in that it’s a lot easier for them to break internationally, with the right support. I’d love to see more German artists have international success as there’s so much talent here but it can seem like having success in other territories is quite hard for them to pull off. British artists maybe have a certain swagger about them as the UK has such a rich heritage of important and influential acts, from The Beatles to Amy Winehouse to Ed Sheeran, properly global success stories. This can border on arrogance and I never get that vibe from German artists really.

More releases coming soon and maybe a fun cover or two, I’m thinking of doing stripped down and intimate versions of some big 80’s hair metal classics. Should be fun. Also, getting back to playing live towards the end of the year, with Covid it feels like forever since I stood on a stage.