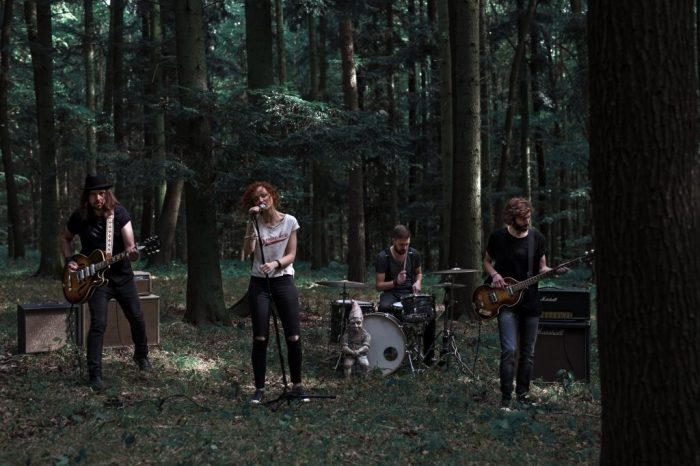 November 2nd, is a band based in Praha, who recently saw their song “100 years” being featured on the movie “Lifeline”. Together we talked about their past tours in the EU and the US supporting Alanis Morisette and other big names, how the music scene in cities like Nashville deeply shaped their sound. Here below is the interview I did with Alexandra Langosova (vocal, guitar) and Roman Helcl (guitar):

HELLO GUYS, NICE TO HAVE YOU HERE. INTRODUCE YOURSELF AND TELL US ABOUT YOUR STORY UP UNTIL NOW.

Alexandra: We first started up in a garage in the small town of Hranice in the Czech Republic. During a few years of playing clubs and the first concerts in the EU and the UK, we won a competition for young bands Jim Beam Music and became a new talent in the Czech Republic. Based on this, major label EMI signed a contract with us and our first record got a Czech Grammy nomination. Since then, we’ve released two more albums with EMI, toured the EU and the US and shared the same stage with some of our favorite artist such as Suzanne Vega, Alanis Morissette, David Gahan, Spin Doctors or Bryan Adams. A few years ago we took a short break due to band members’ involvement in other music projects, but now we’re back.

YOUR SONG 100 YEARS GOT FEATURED IN THE UPCOMING MOVIE ‘LIFELINE’. HOW DO YOU THINK THE SONG RELATES TO THE MOVIE?

Alexandra: The film will not premiere until September 30, so we haven’t seen the whole movie yet. But the production sent us parts of the movie with our song and we were pleasantly surprised how perfectly it fits in. We believe that the beautiful shots of the Iceland landscape and the actors are intensified with the music. We are looking forward to seeing the film in the cinema.

YOUR MUSIC GENRE RANGE FROM BLUES TO FOLK AND HARD ROCK. WHAT IS THE ONES YOU FEEL YOUR BAND MIGHT BE MORE ATTACHED TO?

Roman: We’ve always been a band. Initially, we played more rock, which can be heard on the first two albums. During the US tour, we spent some time in the South, mainly in Nashville, where we were fascinated by their concept of alternative country. And we incorporated elements of this style and instruments, such as pedal steel or mandolin and banjo, into our new songs, which we recorded there. But then we had a break for a while and after returning we went back to rock. We created our new sound, which is based on combination of fuzz guitars and a distorted vocal and wurlitzer. We are lucky to work on new songs with producer Boris Carloff, with whom we refine this style. For example, one of the new songs, Island, was mixed by Tchad Blake, who created sound of the latest The Black Keys albums. His contribution is also crucial.

WHAT KIND OF MUSIC DIRECTION ARE YOUR FUTURE RELEASES GOING TO HAVE?

Roman: I think it will be a combination of alternative rock with a bit of soul. But maybe composing will take us somewhere else.

WHAT ARE THE ARTISTS THAT INFLUENCED YOU THE MOST SO FAR?

Alexandra: Everyone in the band likes different music. I grew up listening to Nirvana, Suzanne Vega or Vivaldi. Recently, I fell in love with the album The Waterfall II by My Morning Jacket. I listen to it over and over in the car. But there have been so many atrists that influenced me in one way or another that it’s impossible to pick one as the biggest inspiration. Also I try to find my own voice without thinking I want to sound like someone else.

Roman: Lately, I really like the new single Survivor by Nathaniel Rateliff & The Night Sweats or the new band Trip The Witch. 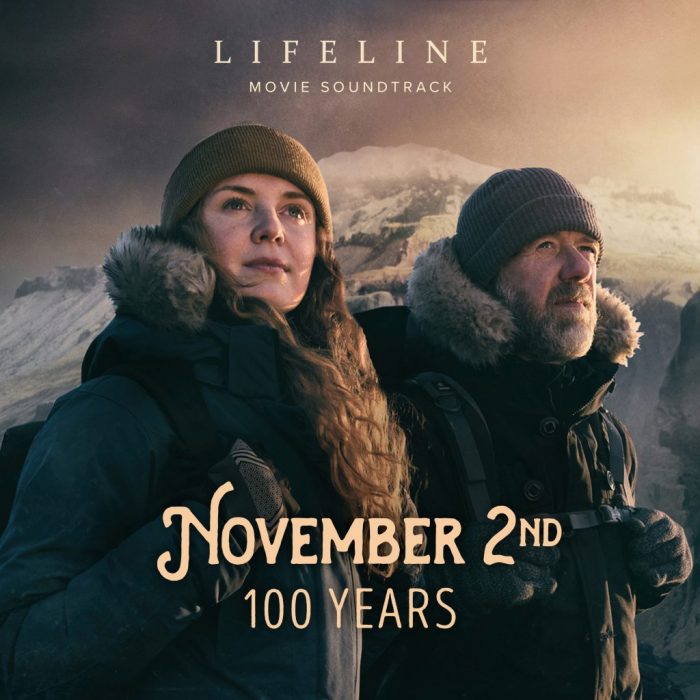 HOW DO YOU FIND THE MUSIC SCENE IN CZECH REPUBLIC AND PRAGUE IN PARTICULAR? HOW’S THE SCENE OPEN TO INTERNATIONAL GENRES AND ACTS?

Roman: It’s very welcoming. The Czech Republic is a small country, but we have great clubs here with enlightened bookers. However, the number of places where you can play is limited so English-singing bands such as November 2nd often tour outside the country. Fortunately, culture in general is well promoted in Europe. That’s why many of our musician friends from the USA come to perform here.

Roman: We are finishing a new record, which should be released in early 2022. For a long time we have only released singles so working on a whole record is exciting. We are also shooting a narrative video for the song I Feel Love with director Richard Řeřicha. We’ve done an all-night filming session and we still have two more days of filming ahead of us. We are also preparing a concert program that incorporates new material. Concerts are very important to us.

Alexandra: We would like to ask people to support their favorite bands, buy their records and go out to see live concerts. Without fans, bands like us could not exist. Thank you for that.